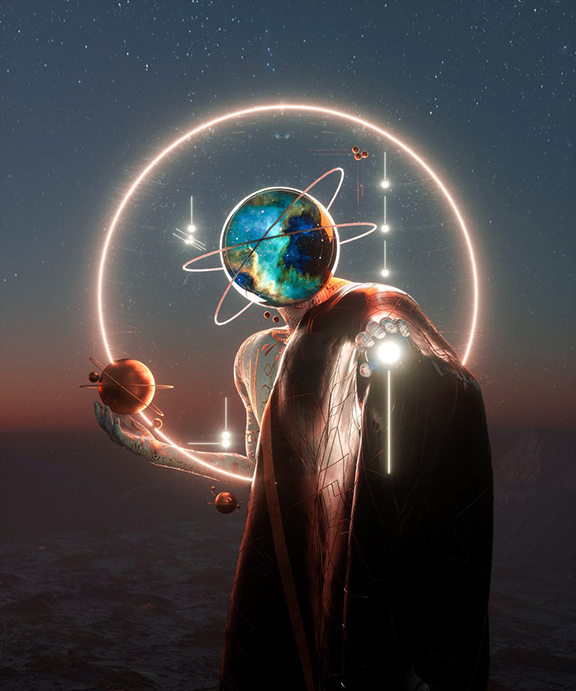 “There are no traffic jams along the extra mile.” ~Roger Staubach

“The secret of reaping the greatest fruitfulness and the greatest enjoyment from life is to live dangerously.” ~ Friedrich Nietzsche

Courage is foremost. Before any other virtue can be actualized, courage must be self-actualized. There must first come a courageous deviation or there is no “first.” Period. Maya Angelou said it best, “Without courage you can’t practice any other virtue consistently.”

Better yet, transform fear into fuel for the fire of a life well-lived. Focus on what makes you come alive. Because what makes you come alive is the best way to reap the greatest fruit and joy from life. Everything else is moonshine. Everything else is smoke and mirrors. Split the smoke. Shatter the mirrors. Let your aliveness boldly blast through it all.

“This is the shamanic dance in the waterfall. This is how magic is done. By hurling yourself into the abyss and discovering it’s a feather bed.” ~Terence McKenna

In your youth it was necessary to repress the shadow to achieve discipline; in your maturity, it is vital that you integrate it to achieve providence (enlightenment). The alternative is bitterness.

Shadow integration is facing the bitter truth, and then being radically honest about what you discover. When you face the bitter truth within, your capacity for truth outside you expands. Your once puzzled Self clicks together because the missing pieces become self-actualized. Honoring the shadow births honesty, which gives birth to humility, which gives birth to humor. Bitterness falls away because a sense of wholeness now holds sway.

You are now ahead of the game. You gain a fierceness. You finally have teeth. The ability to transform a negative into a positive becomes manifest. You’re able to transform pain into power, wounds into wisdom, setbacks into steppingstones, tragedy into teacher, loss into laboratory, and shadow work into soul craft.

3.) Inflict yourself with philosophy:

Use philosophy as a chisel for the hardened beliefs within you. Use it to humble yourself. Use it to destroy your illusions and murder your delusions. Unsettle your settled mind. Shock your chakras. Reevaluate all your values. Practice self-overcoming. In short: use philosophy to conquer yourself.

There’s a terrible joy in self-conquest that those idle and stuck behind the curve will never know. Use philosophy to propel you ahead of the curve. Inflict it on yourself to break through your barriers, biases, cognitive dissonance, cultural conditioning, political brainwashing, religious indoctrination, and, most of all, to stretch your comfort zone.

The philosophies that came before you are mere steppingstones to the philosophy hidden behind the walls you’ve allowed to stand between you and your most authentic self. Leap from stone to stone, from one giant’s shoulder to another, until the walls crumble and you finally see that the horizon was never a boundary.

4.) Transform your fallibility into absolute vulnerability:

These wounds should be honored. You are a fallible creature after all. You are an imperfect beast. You came from a laughably young species attempting to evolve on an extremely old planet which is hurtling through an unfathomably ancient universe. You are a clumsy naked ape with an overactive frontal lobe that probably tricks you into thinking you’re a god above nature. These wounds are a painful reminder that you are Nature—with a capital N.

The sooner you can square that circle, the quicker you’ll get ahead of the curve, and the quicker those wounds will become a source of power—vulnerable but vital, primal but provident, full of suffering but sufferable, sensitive yet sacred.

5.) Keep curiosity ahead of certainty:

“What one needs in this universe is not certainty but the courage and nerve of the gambler; not fixed conviction but adaptability; not firm ground whereupon to stand but skill in swimming.” ~Alan Watts

A surefire way to remain behind the curve is to cling to any aspect of the curve. Once you cling, you can say bye-bye to ever being a spearhead. You can say tootle loo to ever discovering the hero within you. In the ocean of life, clinging to the flotation device is just as deadly as drowning. At some point, you’re going to have to swim if you want to survive.

Reason is important. But it will never be more important than imagination. For reason without imagination has the tendency to fall in upon itself. It eats itself in the maw of its own perceived “truth.” Given enough rope, reason will hang itself in the shadow of its own unwavering ideal. Reason will drown in its own reasoning. That is, unless imagination can regain the upper hand and pull it out of deep water.

6.) Keep humor ahead of hubris:

Keep the will to humor ahead of the will to power. Don’t take yourself too seriously. Give yourself permission to play. Cultivate the “skyhook” of Beginner’s Mind lest the “anchor” of Master’s Mind hold you back.

Nothing will hold you back more completely than your prideful ego. Nothing clings to your tiny comfort zone more tightly than your comfort-junky ego. The power of your ego to keep you stuck cannot be overstated. You continue to give it power at your own great peril.

The only thing that can get power over this power is the greater power of a good sense of humor. More specifically, soulful humor. Soulful humor is the bane of the prideful ego. It puts the ego on a leash. The ego then becomes a tool for magic.

It is of the first order of importance to remember this, that the ego leashed by the soul is the single most powerful action you can take to stay ahead of the curve.

7.) Keep Dionysus ahead of Apollo:

“Life is at its best when it is shaken and stirred.” F. Paul Pacult

Choose improvisation over tradition. Zig while everyone is zagging. Be anomalous. Be unconventional. Put the “center” in eccentric. Then count coup on the gods. Because nothing needs to be checked and balanced more than authority.

When the world gives you dizzying mazes, daily grinds, unyielding clockwork, and aggrandized bureaucracy, you must be able to counter it with primal passion, fierce frivolity, and lionhearted lightheartedness. The overly serious juggernaut of Apollo must be offset by the playful nonchalance and daring insouciance of Dionysus lest our culture eat itself. Nothing short of everything is at stake.

Awaken the culture. It has been pretending to be asleep for too long, cast dumb by the spell of an Apollonian dream state of illusions. You want to stay ahead of the curve? Always keep Dionysus ahead of Apollo. Always sacrifice rigid ideals to flexible ideas. Always entertain a thought without accepting it.

“If you realize that all things change, there is nothing you will try to hold onto.” ~Lao Tzu

Forget yourself, become the universe. Discover the sublime. Break open the third eye. See infinity. Don’t merely wallow in the muck and mire of being attached to a particular outcome. Rise up into detachment. Breathe! Stretch your soul’s wings.

Most people stop after they’ve transformed codependence into independence. But it’s even more important to transform independence into interdependence. This is the power of detachment. It gets you above yourself. It strategically positions your Soul over your Ego. You gain higher understanding as well as deeper insight. You see how everything is attached to everything else in an everchanging flow state of interconnected cosmos.

God of the Universe by Sarper Baran

This article (8 Empowering Ways to Stay Ahead of the Curve) was originally created and published by Self-inflicted Philosophy and is printed here under a Creative Commons license with attribution to Gary Z McGee and self-inflictedphilosophy.com. It may be re-posted freely with proper attribution, author bio, and this statement of copyright.

This post was originally published on August 5, 2022 3:00 pm from Randy Rowe and can viewed here: https://newagora.ca/8-empowering-ways-to-stay-ahead-of-the-curve/