A Brief History of Cantaloupes 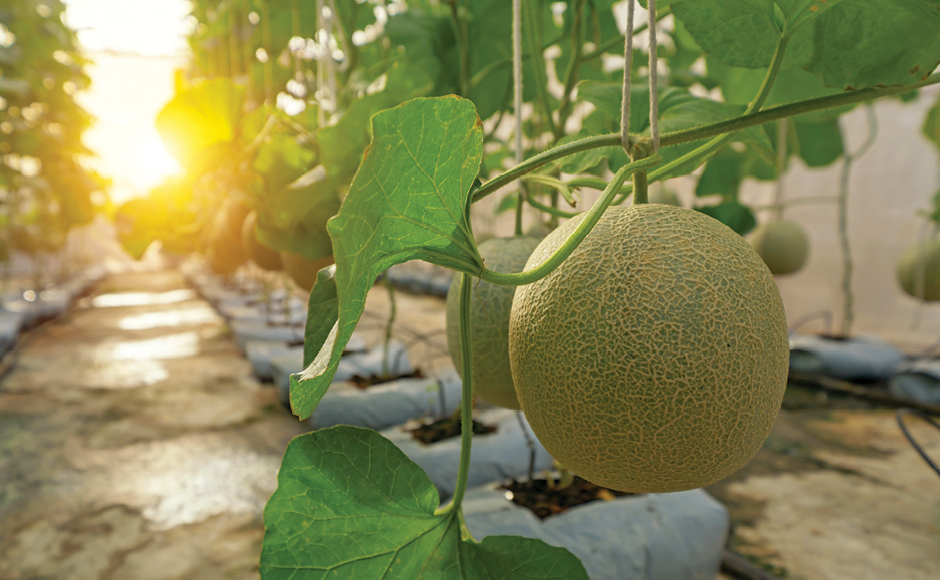 With its ribbed and reticulated (net-like) skin and pungent and sweet orange-colored flesh, the cantaloupe is one of the most recognizable of melons. Cantaloupes are cucurbits (family Cucurbitaceae) as are squash, gourds, pumpkins, and cucumbers. The cantaloupe is known in scientific circles as Cucumis melo, which includes a few other similar species all generally referred to as musk melons. Why “musk” melon? Some people describe the smell of the ripe fruit as musky. There are netted skin varieties of musk melon such as the cantaloupe and Persian melon, and smooth skinned types such as honeydew and casaba (although casabas are wrinkly). The terminology seems to be a little mixed up though, with some sources claiming that the only true cantaloupes are the smooth skinned varieties with the term musk melon reserved for the netted ones. There are around 21 named cultivars, but you are most likely to find a cultivar of C. melo var. reticulatus in the U.S. with C. melo var. cantalupensis common in Europe. Other authorities recognize two subspecies C. melo agrestis and C. melo melo. No matter — the U.S. Department of Agriculture calls them all “cantaloupes.”

So, what about those so-called cantaloupes? No one is sure about exactly where these annual herbaceous plants originated; some say Africa, others suggest southeast Asia, Greece, or elsewhere around the Mediterranean region and Middle East. Evidence suggests that cantaloupes were grown in the Nile Valley as long as 4,000 years ago. Cultivation was clearly established in Europe by the 1500s and commercial cultivation began in the U.S. in the 1800s, originally on the east coast. However, since C. melo prefers warm weather most cultivation in the U.S. now occurs in California and Arizona.

Melons are monoecious, having separate male and female flowers on the same plant. Although they are not self-sterile, the flowers don’t all mature at the same time and bees are generally required for sufficient pollination for good fruit development. If bees are not plentiful, tedious hand pollinating with a brush can be successful. Melons won’t cross with other cucurbits, but they can intercross among themselves to produce things like the Galia melon, which is a cross between cantaloupe and honeydew.

One thing that sets cantaloupe apart from most other fruit is that it presents a bit more of a risk of food-borne illness. The fruits can be exposed to pathogens at any time during the production process. Since melons require quite a bit of water there is often high humidity that encourages the growth of both fungal pathogens and disease-causing bacteria. Cantaloupes are susceptible to common leaf blight and spot diseases as well as powdery mildew. The highly irregular skin presents an ideal surface for harboring bacteria. Between 1998 and 2018 there were 45 cantaloupe-associated outbreaks of food borne illness, usually involving Salmonella, but also Campylobacter, Shigella, and Listeria bacteria. The resulting 40 deaths during this period is the most from any food-borne illness occurring in the United States during that time. Cut and prepackaged fruit present the greatest risk. Wash your undamaged cantaloupe well.

From a health and nutrition standpoint it’s hard to go wrong with a cantaloupe. A one cup serving (about a quarter of a melon) is 90 percent water, making it a sweet and tasty low-calorie food (50-60 calories tops) containing greater than 100 percent of the daily requirement of vitamins A and C, no fat or cholesterol, a trace of sodium, two grams of fiber, 14 grams of natural sugar, one gram of protein, with a bit of folic acid, potassium, iron, and calcium thrown in for good measure. If you like cantaloupe, it won’t hurt to eat more than one slice.