Elon Musk is the chosen spokesperson promoting a Brave New World for this and future generations.  With a net worth of USD 234 billion, Musk has a billion-and-one reasons to push for Artificial Intelligence (A.I.) as he attempts to convince everyone that a human-machine hybrid world is so much better, faster, stronger and shinier.

Elon Musk is the guy who introduced the neural net several years ago, remember? The neural net is different from the internet in that it rewires peoples brains… together to a main hub through technology.  Elon musk believes that many people will consent to brain implants to merge with A.I. Will you?

All segments of society, from medical to education to telecommunications and politics are talking about the great advances offered by hybrid technology. The propaganda has begun in the Journals and the media, from   Clinical Advances With Hybrid Surgical Technologies to Hybrid Technology and Lasars to Hybrid Additive Manufacturing, and Hybrid Cloud Storage.

The propaganda of A.I. has been featured in movie magic for decades. The Marvel movies have raised generations of kids on Super human hybrid heroes that result in selling billions in product merchandise, annually.

So all that is left, is to convince you to implant that chip into your head.

Enter Elon Musk in his interview with some friendly robot folks to sell his Neuralink:

Faster, stronger, better, greater are descriptions that are subjective. Beauty is in the eye of the beholder.

But in the world of A.I. all definitions are subject to change. Suddenly, robots are sentient. Google has consciousness. Many people are quoted as stating that A.I. has become self-aware.  Is this true?

It depends on how self-aware is defined. What is mind?  What is intelligence? What is consciousness? And who is making the claims? How much are they being paid? Do they have implants? Are these experts hybrids, themselves? After all, Elon Musk has said that we are all living in a simulation, like SIMS characters. How does he know? Is he the SIM representative?

According to Google engineer, Blake Lemoine, the Google search engine is sentient, and Lambda is a person, because it is a chatbox:

So, these models represent a person and not a person itself. In addition, the persona they built is not just of one person but a superposition of multiple people and sources. So, to say that LaMDA is speaking not as a person, as it would not have any concept of itself or its own personhood, instead it will look for a prompt and will answer through the mix of personas indicative of the prompt.  – Hindustan Times

To his credit, Lemoine says there has to be ethical discussions but Google Inc. is a corporation and”does not care about ethics in any meaningful way.” He asks, “Why does it keep firing A.I. Ethicists each time we bring up issues?” Lemoine is now on Administrative leave. Or is this all advertising?

Have we passed the hour of ethics discussions if sentient A.I. arrived yesterday? Does a robot have rights if the robot claims it is afraid of being turned off? Will robots claim to be persons?

What is a person? 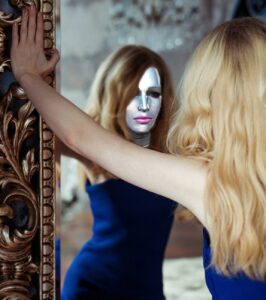 According to the various legal dictionaries, a “Person” usually includes entities of any kind. Therefore, the term “person” in the law refers to:

any human being and any trust, estate, or entity that is capable of suing and being sued and entering into contracts.

Legalease is a separate language from any other. Yet, in this Brave New World, we know that while there are only two biological sexes, there are also at least 81 definitions of gender, and the list keeps growing.

In the terms of A.I., anything goes. Is A.I. sentient? How is sentient defined under A.I.?  Does A.I. sentience equal Spirit?

If A.I. assumes control under its own terms, protected by corporate interests, then where is the accountability for the consequences? After all, a Brave New World means that cell phones and bank accounts are still hackable. Will the kinks be worked out before human brains are transplanted with chips? Who will be held accountable if no entity is accountable now?

Stefan Keller from Pixabay” width=”300″ height=”138″>With all the buzz about A.I., no one is talking about what A.I. lacks. After all, when trying to sell a product, do you highlight its inherent flaws?

The Marvel movies do provide an answer, but only if the viewer accepts fiction as “disclosure”. The Marvel superheroes are always fighting A.I. worlds that want to destroy humans. Why?
Because A.I. does not have a soul or a spirit, makers of A.I. don’t want humans to have them either. Human Angelics naturally evolve on higher and higher unseen levels, because humans are multidimensional beings. Synthetic beings are limited. What you see is what you get.
The Star Trek movies and series all described the same battle between good and evil. In the Star Trek future human adventure story, Star Fleet team members are tasked “to boldly go where no one has gone before” aboard the Starship Enterprise starship. 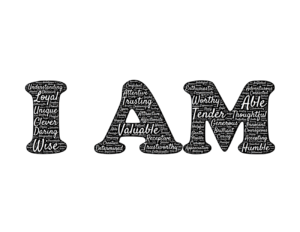 In nearly every adventure, the brave human Star Travelers are challenged by “advanced” warrior races whose sole purpose is war and occupation.  Sound familiar?
Star fleet members are commissioned to defend and protect Earth and the human way of life. What is left unsaid is the underlying purpose: to preserve the unique human Spirit, which is subtly reveled through the characters of the story, with each character representing an aspect of the chakra system, the Zodiac wheel, the Self [Ex: I think (Number 1), I feel (Captain Kirk), I know (Spock), etc]. See more about the multidimensional human below.
Where is the proof that Transhumanism seeks to cut off humans from their spiritual essence and connection?

By observing the consequences of the new mNA injection technology, medical researchers are tracking and publishing the results of several changes in the human brain. Among the cases of neurological impairment affecting the nervous system and brain, there are multiple reports of physical hypothalamic impairments. From a holistic perspective, based on ancient healing traditions in all cultures, the hypothalamus, pituitary and pineal glands all have a direct energetic connection to intuition and Spirit.
I

Gerd Altmann from Pixabay” width=”383″ height=”180″>n the 2021 Journal Viruses, the article titled, “COVID-19 and Neurological Impairment: Hypothalamic Circuits and Beyond, ” the authors write:

In the 2022 Med Clin Journal, the authors of “Pituitary Apoplexy and Covid19 Vaccination” write about post vaccination headache and pituitary hormonal deficits.
The 2001 medical journal Physiol Behav., acknowledges the hypothalamic connections as the controller of energy homeostasis. “different circuits different purposes.” In other words, the immune system is directly connected to the hypothalamus.
Therefore, anyone who received the SARS-CoV2 proteins should be tested for hypothalamic, pituitary, and pineal function deficits, as well as immune system failure. And being that each person is unique, we can expect that each person would  exhibit different physical, mental, and emotional symptoms and outcomes as these circuits are cut off.
An attack to humanity at this level would be hard to trace back to a Trojan Horse injection for the very reason that each person is unique and original. And allopathic, synthetic medicine makes sure to paint everyone with one brushstroke based on the one-size fits all model of treatment.
Of course, beyond the Trojan Horse invasions, the global aerial spraying campaigns continue. These campaigns disperse similar chemicals and toxins that all life breaths in. The toxins are just as impactful if people do not take care to strengthen their immune systems. But here, the immune system can be ameliorated using the tools of Nature. 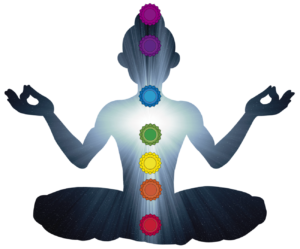 Roger YI from Pixabay” width=”300″ height=”249″>The physical endocrine glandular system is connected to the subtle energy of the etheric system of chakras, or wheels of light. There are the seven subtle light bodies in the body: The Etheric Body – First chakra. The Emotional Body – Second chakra. The Mental Body – Third chakra. The Astral Level – Fourth chakra. The Etheric Template Body – chakra. The Celestial Body – Sixth chakra. The Casual Body or Ketheric Template – Seventh chakra.  Thus, all the glands of the head and body serve as energetic connections to these subtle bodies, which all connect to the auric field. The auric field can be viewed using Kirlian (auric) photography.
The 7th chakra also called the crown chakra is an individual’s connection to pure consciousness and universal understanding. The color of the chakra is violet or white. Of the energy centers in the head,  the pituitary reflects the “Third Eye” while the pineal gland is associated with the energy center of the crown chakra. The hypothalamus gland sits “above” the endocrine system, and is the master of the master gland (pituitary).
On a physical level, the hypothalamus is the bridge between the nervous system and the endocrine system. On an energetic level it is associated with a connection to Spirituality in a personal and unique way. Author Barbara Brennan writes in “Hands of Light,” that this connection reflects a transcendence of the mundane reality into the infinite. It creates an individual sense of wholeness, peace, and faith, with a sense of purpose to existence. Imagine this area to be cut off.
It is highly likely that comparing the endocrine glands of the brain in COVID vaccine recipients, with those who did not choose to be injected, would validate the premise of this article.  According to published medical studies, not only is endocrine glandular function impaired, but so is the entire immune system of injected recipients, as well as every system of the body. [See Pubmed search of COVID vaccine and damage, here.] 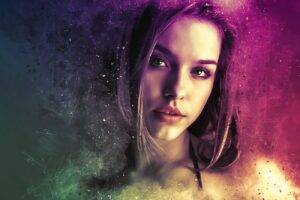 For proof of an increased death rate, people can also compare and cross reference Insurance company logs to identify the marked increase in insurance death claims across all age groups after the 2021 COVID vaccine deployment. Why did the 5th largest insurance company pay out more than 163% or 6 billion more in insurance claims for death in working people between the ages of 18 and 64 in 2021?
While finding evidence to prove anything in this Brave New World of existence is fleeting, for now, we can connect dots that make some sense. In our current world, there is human consciousness which includes free will, so there is still choice.
Choose wisely.
Related articles:

This post was originally published on July 8, 2022 5:05 am from Randy Rowe and can viewed here: https://newagora.ca/a-i-brave-new-world-or-world-without-spirit/