The Year of the Garden (YOTG) brought Canadians together to enjoy life in the garden. The Canadian Garden Council (CGC) chose red as the color to mark this special year. A sea of red annuals, perennials, and shrubs celebrates Canada’s garden pride and pays tribute to front-line workers and lives lost during the pandemic. Towns and cities also made official declarations recognizing 2022 as the YOTG. And political differences were set aside in the House of Commons to declare the YOTG and join the celebration.

In Vancouver, British Columbia, VanDusen Botanical Gardens took the YOTG’s educational components to heart. During Garden Days (June 11-19), it offered special tours of the 55-acre urban oasis and launched Guardians of the Garden- The Conifer Challenge. The program elaborated on the CGC’s goal to get young people to learn the skills needed to create a healthy environment.

It ran to the end of September, and although geared for ages 5-12, the event was open to all, young and old. VanDusen hopes to run the same program next year, building on the YOTG’s educational and ecological themes. 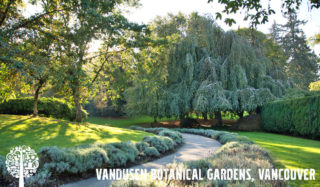 In Nova Scotia, Annapolis Royal Historic Gardens is known to have some of the oldest rose cultivators in Canada and was the site of Canada’s first European garden. They’ve celebrated the YOTG throughout the year, incorporating the theme into all their events, including their annual July celebration: Annapolis Royal Natal Days.

Trish Fry, a garden manager, says it’s worked out better by weaving the theme into everything they’ve done throughout the year. More people became aware of the YOTG and the importance of gardening to Canada’s historical and cultural lineage. 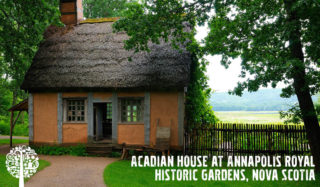 The City of Brantford, Ontario, has a rich horticultural tradition boasting more than 180 floral garden displays in municipal parks, along streets, and by public art and historical monuments. On July 11th, they raised a flag in honor of the YOTG. And at the start of this year’s growing season, the city’s horticultural staff planted carpet beds of appropriately colored YOTG red annuals in two parks throughout the city.

They also hosted citywide photo contests with themes ranging from pollinator and children’s gardens to edible ones. They went all out! 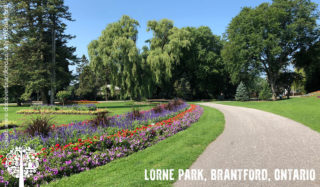 As this year’s growing season winds down, so do the celebrations, but not the enthusiasm for garden life. The YOTG was more than a milestone celebration of 100 years of horticulture history in Canada; it was a time to dream big! The CGC hopes to continue working with organizations, associations, and all levels of government to bring a garden to every school and long-term care facility in the country. How does a national Garden Hall of Fame sound? 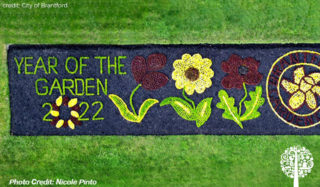 The real legacy of the YOTG, though, is the renewed awareness it has left with Canadians and others worldwide of the importance of garden life. Not just for an individual’s well-being but for the entire planet. In a world coping with a rapidly evolving climate emergency, imagine the difference millions of gardens growing carbon-absorbing plants, pollinator attractors, and an abundance of nutritious food can make. That’s the YOTG!