They say “Truth is simple.” 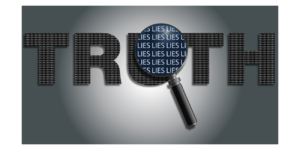 Simple is the speech of truth. —Aeschylus
The words of truth are simple. —Aeschylus
The language of truth is simple. —Euripides
Simple is the language of truth. —Seneca the Younger
The simplest things are often the truest. —Richard Bach
And simple truth miscalled simplicity —William Shakespeare
Truth looks tawdry when she is overdressed. —Rabindranath Tagore
Nothing is true, but that which is simple. —Johann Wolfgang von Goethe
The pure and simple truth Is rarely pure and never simple. —John Green
The language of truth is unadorned and always simple. —Ammianus Marcellinus
It is far from simple to show the truth, yet the truth is simple. —Dziga Vertov
The truth is simple. If it was complicated, everyone would understand it. —Walt Whitman
Simplicity is indeed often the sign of truth and a criterion of beauty. —Mahlon Hoagland
Truth is too simple for us: we do not like those who unmask our illusions. —Ralph Waldo Emerson
Simplicity is one of the earmarks of truth, verified by subjective experience. —David R. Hawkins

According to Natural Law, the law of the Universe, truth must be disclosed.

The truth is that everything on Earth is inverted. So, truth is often cloaked and disguised as fiction.

The aim of fiction is honest and absolute truth. — Anton Chekhov

All the world’s a stage,
And all the men and women merely players;
They have their exits and their entrances;
And one man in his time plays many parts — William Shakespeare

If truth is not always true, then each person must discern the truth for him or herself. So, each of us is responsible for discerning the truth of what people tell us.

Let no one deceive you with empty words… —Ephesians 5:6

For instance, the truth about The Experiment called The Great Reset is making history around the world as it is injected into the arms of millions of people, deemed as “safe and effective.” However, not disclosed is that the experimental injections are gene therapy, to cause the body to make new proteins (ie., spike proteins) never before seen by the human body.

The people who sell the experiment do not disclose this information as “informed consent,” so participants do not know, up front, the truth or its consequences.

Instead, truth is fed to the people slowly over time, in major blockbuster movie houses and as fictional TV series that go back decades.  This method of truth-telling is known as predictive programming, programming of the mind that causes predictive behaviors.  Such programming is illustrated in a 1930s black-and-white cartoon called How To Take Over The World, which warned about the introduction of weaponized influenza. The consequences of “truth” are also hidden in published scientific journals not readily available to the lay person.

Fiction is the lie that tells the truth, after all. — Neil Gaiman

Each person has a responsibility to him/herself. And while there is always time to take back responsibility and learn to discern, time is growing short in Earth years. 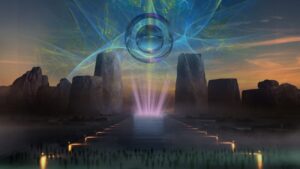 Today, disclosure, as informed consent, is viewable in the TV series, Stargate Atlantis, currently being shown on Amazon Prime, pay per view (truth is also not cheap).

Doctor: I’m surprised you’re so eager to volunteer for this, Rodney.

Rodney: Oh you know me, always eager to help.

Doctor: All right, So do you have any questions about the process? You are a scientist.

Rodney:  I’m sorry. Medicine is about as much as a science as -I don’t know- voodoo? All I need to know is that that will enable me to use ancient technology like Major Shepherd or yourself.

Doctor: Yes, hopefully.  You are the first human trial.

Rodney: Why now? I mean, if it’s possible. We need as many people with the gene as we can get.

Doctor: As far as experimental gene therapy goes. I am manipulating your DNA. Here we go!

Rodney: Maybe you should tell me more…

Doctor: We believe ATA, or Ancient Technology Activation, is caused by a single gene that’s always on, instructing various cells in the body to produce a series of proteins and enzymes that interact with the skin, the nervous system, and the brain. In this case, we’re using a mouse retrovirus to deliver the missing gene to your cells.

Rodney: Are there any side effects? [He is injected]

Doctor: Dry mouth, headache, the irresistible urge to run in a small wheel…

Rodney: Ah, that’s very amusing.   So how long till it starts working?

Doctor: Oh, it could take some time.

Is America the New Atlantis? Is The Great Reset an Atlantis Reset? Is the enemy of Stargate Atlantis, The Wraith, the same enemy that plagues today’s civilization?

The Wraith meaning: soulless creatures that only feel devastating emotions like hatred and despair. They are a type of ghost, but can also be considered to be a type of demon. With a single touch, the wraith is able to drain the life out of a person and steal their soul 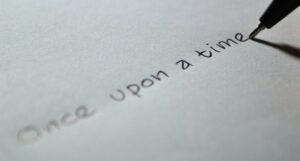 The truth is relatively simple; it is weeding out the lies that makes things complicated.
Let me state it this way: The truth is straight and narrow. Falsehood is wide and winding. – Eric Druist

When it comes to the inversion of experimental medical science, the policy is this: test now and ask questions later; after the side effects start showing up.

Is COVID a vaccine or an I.Q. test?

In this reality, just asking questions may get you labelled as something called “Anti-X” even if you claim responsibility for yourself and change your mind after the experiment.

An intention does not equal a truth unless using Consensus Science, which is not true science. True science always tests multiple theories by asking a question, and there is never only one answer.

The term Anti-Vax is not new either. The purpose of the term is to divide people and distract everyone away from the truth of personal responsibility. Political cartoons were created to persuade people to give up responsibility to the government. Such propaganda began with the 1808 smallpox vaccine, during the Depression era. Propagandists worked to quash dissent in favor of the status quo. Little has changed since then.

For instance, when a “government spokesperson” for mandate former NIAID director Anthony Fauci reveals that “vaccine mandates work” what does he really mean?

He means that the U.S. government wants people to “do it on their own accord, but sometimes mandates actually can help in that regard — as sensitive an issue as that is, it is really getting people more vaccinated.” Only one year earlier, in February 2020, Anthony Fauci stated openly that the danger of coronavirus is “just minuscule.” A month later, he published this truth in the March 26, 2020, New England Journal of Medicine:

Yet, former director, Fauci is also on record stating that the opposite is true.  As there can only be one truth, contradictory messages require discernment, and discernment requires self-responsibility.

Free Will Vs. Mandates

This is often a large gap, or gray area, between truth and lies.

Mandates work by coercion and Consensus Science. Thus, mandates are not legal in free will societies where choice reigns as truth. American officials know they cannot force medical treatments upon a population without their consent.

That means if officials have to fictionalize the truth to make it more palatable, then so be it.

Who better than to convince the people using Consensus Science -the collective opinion of scientists in a particular field – than the president, himself? In 1782, president Thomas Jefferson, a slave holder, suggested that the people’s minds must be molded to a certain degree if government would work as constructed.

Every government degenerates when trusted to the rulers of the people alone. The people themselves, therefore, are its only safe depositories. And to render even them safe, their minds must be improved to a certain degree. –Thomas Jefferson: Notes on Virginia Q.XIV, 1782.

Why would people allow their minds to be improved, while consenting to slavery? Because minds and behavior are easily molded, through propaganda, especially when concerned with survival.

In the 18th century, people didn’t know that at least 13 of the 39 signatures to the Constitution belonged to wordsmiths known as Scottish Rite Freemasons, who eventually had representatives entrenched at every level of the country’s social, economic and political hierarchies. Today, that reach has expanded under Operation Paperclip and other PSYOPS.

History shows that Charters of Freedom, such as The Constitution, do not ensure freedom for people who do not defend freedom for themselves, and who are not responsible for themselves. Those who give up responsibility are forever “manipulated” to “run in a small wheel,” as the good doctor of the TV series Stargate Atlantis disclosed.

If anything goes in this inverted reality we live in, then it is right and true to discern and question anything and everything.

All truth is simple… is that not doubly a lie? Friedrich Nietzsche

This post was originally published on January 17, 2023 5:51 pm from Randy Rowe and can viewed here: https://newagora.ca/disclosure-through-fiction/