Germany’s blueprint for cannabis reform has been leaked: Here’s what it says 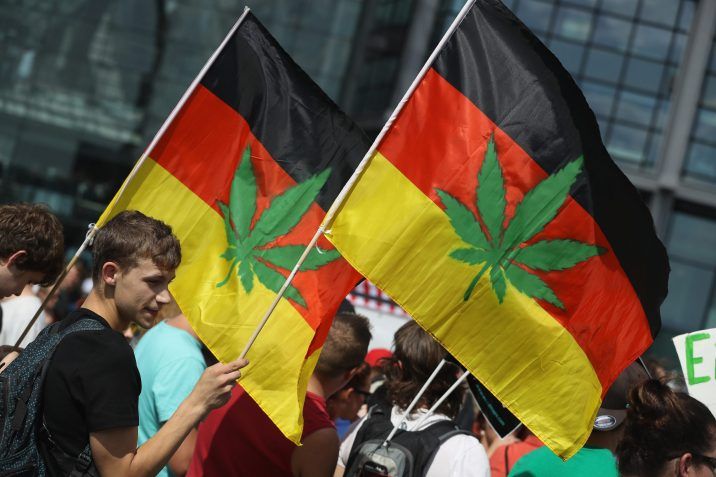 At long last, Germany is moving forward with legal cannabis.

A blueprint of the reform was leaked through RND newspaper group and translated by Politico, stating that cannabis will be decriminalized, allowing for its purchase, possession and cultivation. Any advertising promoting cannabis, however, would be banned.

Some of the proposed limitations include that cannabis will have a THC limit of 15 per cent. And in the case of young adults, aged 18 to 21, they will be able to buy marijuana with a 10 per cent limit of THC.

The plan also makes it clear that cannabis sold in Germany must be produced domestically, sidestepping any international law issues and avoiding conflict.

While many are reportedly celebrating the country’s decision, several German politicians have voiced concerns that the plan is too restrictive.

Kristine Lütke, drug policy speaker of the Free Democratic Liberal Party, is quoted as saying some of the restrictions would drive people to the black market. “A disaster for youth, health & consumer protection,” the speaker tweeted.

Germany’s decision to legalize cannabis has long been anticipated, with the government signalling a related promise a year ago.

It’s also a decision that’s been analyzed by experts, representing a significant step for marijuana in the European Union and the world. Germany is the E.U.’s largest economy and a possible determinant of how various countries will react.

Earlier this year, The Guardian spoke with several experts who provided their opinions on why legal cannabis in Germany would be a game-changer.

“There will be a domino effect, for sure,” argued Justin Haucap, director of the Dusseldorf Institute for Competition Economics. “European countries that have a much bigger problem with illegal cannabis use, like France, are watching very closely what Germany is doing at the moment,” Haucap suggested.