Grow Up Recap: Awards; state of the industry; panels and more

This post is presented by our media partner Grow Opportunity
View the full article here.

The artisan experience of growing prized pot or smoking up in a consumption lounge on the land upon which it was grown, the premise of Farmgate, speaks to the experiential needs and wholesome joie de vivre that we humans crave.

The awards ceremony as a destination event were elevated this year by the inclusion of a first annual Grow Up Cannabis Cup competition, recognizing the best flower and hash producers in the country, while Tuesday afternoon, the conference hosted its first ever seed exchange.

Between these curated events, the conference held informative sessions with speakers coalescing from coast to coast on the expo floor, bringing with them heightened knowledge from firsthand experiences and theoretical and practical applications.

Session topics ranged from packaging, distribution, quality assurance and COAs, as well as technical cultivation expertise over the course of the expo’s Science Symposium, showcasing the insights of doctors and professors from prestigious Canadian institutions.

As change continues its hold on this industry, it seems that with any new market there are issues that require the sweeping attention from nation players and decision makers alike. A first step in remediating some of these setbacks is of course education, which is where problem solvers at the Grow Up conference took to the stage to bring forth their expert opinions.

“What we’re seeing is an oversupply — we have too much cannabis in Canada today,” says Erin Butler, VP of Corporate Development at the Canadian Cannabis Exchange. “People are carrying it on their books, their inventory. They’re selling it at bottom low prices just to get cash in the door or they’re destroying it.”

She continued, stating that in order to assist rather than hinder the market, ideally some of the funds from the excise tax should be funneled back to the industry, helping producers with such issues as accreditation and exports — to her previous point of oversupply in the marketplace.

The costs of doing business

President of C3, George Smitherman, picked up that thread, adding that reframing the excise tax is challenging because only once has it been done before, and it took years to accomplish (when government intention was there, which here it may be lacking).

The Cannabis Council of Canada has crafted a list of “big asks” of government, and while excise is slow to shift, others such as Health Canada’s regulatory tax shouldn’t need the same time frame to implement change.

“They could make a damned big improvement on the prospect of exports by prioritizing the few policy shifts and putting two or three more people in that division,” says Smitherman.

Even in the face of the Cannabis Act review that’s been delayed now due to the Queen’s passing, still no one knows when the report will be released. It seems only time will tell.

Because of regulatory reforms’ glacial pace, Smitherman questions who will still be around in a few years’ time, which is why C3 seeks to elevate a sense of urgency among members of parliament.

A huge congratulations to Remo Colasanti for receiving the Lifetime Achievement Award (on the night of his anniversary), and to Arjan Roskam, who could not attend in person, but who entered the Grow Up Hall of Fame. 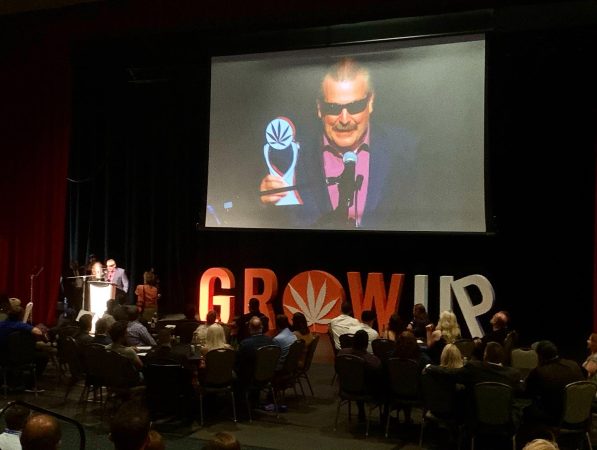 Congratulations to another 2022 two-time winner, David Hyde — Hyde Advisory/ CannaNavigators, for cannabis consultant of the year, and to Niagara College for their commercial cannabis program, affording them the cannabis education award, which speaks volumes as a graduate of their program, Niagara born and raised Stacie Hollingworth, won master grower of the year.

The winner of the Cannabis Cup award in the flower division went to Reef Organic (Aqualitas) Queen SanG, grown by Jake Ward, repping Canada’s East Coast and aquaponic farming. And the winner for best hash went to First Finalbell and their Beurre Blanc.

And finally, our own Grow Opportunity took home the prize for cannabis cultivation magazine of the year, after five years as a multimedia platform in the cannabis space — a milestone which will be celebrated in the new year.

Not only was the annual Growers Luncheon held on Tuesday afternoon in the Port Colborne Lounge, but there were several educational panels surrounding cultivation techniques, such as the masterclass technical session on crop steering, and another masterclass divulging the intricate balance of growing in living soils. 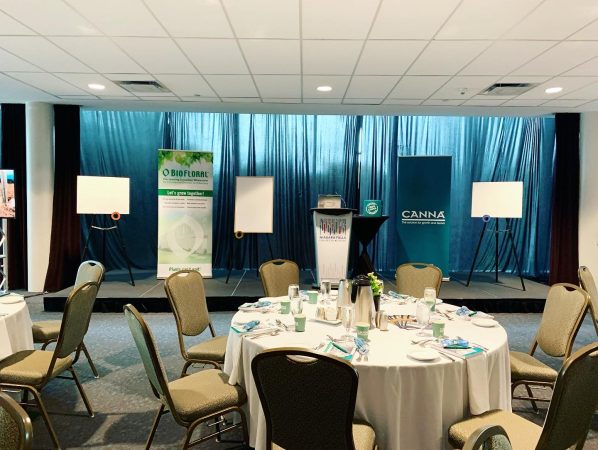 The Growers Luncheon, sponsored by Canna “Quality proves itself!” occurred differently this year. Rather than a panel, the room was divided into breakout groups, tackling three main questions surrounding quality, as follows:

Sensory experiences, living soil and West Coast practices were mentioned in relation to the legacy market, and within the regulated environment, the intention of the grower informs quality, as does the design of the facility and its cleanliness.

Many growers favoured seed genetics; some called the mother room the heart of the facility. And goal setting, team building, and consumer/budtender education were listed as ways to overcome obstacles in the market.

Back on the expo floor, the importance of the environment cannot be overstated when it comes to cannabis cultivation. There’s no one size fits all approach; the solution must be holistic.

Sessions touched on the importance of sanitation in relation to quality assurance, naming the cleaning of dehumidifiers and equipment as an important part of facility SOPs that may be overlooked but operate as prime real estate for the proliferation of moulds and pathogens.

Ants found in a grow were often said to be an indicator of secondary infection because they seek out and feast upon the honeydew created by other more nefarious cannabis pests.

The living soils masterclass panel presented cultivation methods including indoors in living soil beds, outdoors using cover cropping and Korean Natural Farming inputs, such as fermented organic nutrient mixtures, and the use of aquaponics wastewater for the soil microbial content. 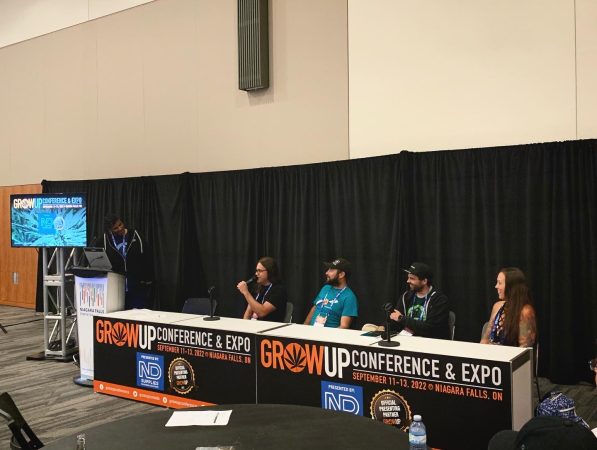 The shift towards regenerative inputs and conscientious cultivation in general speaks to the needs of people seeking connection, meaningfulness, and a clean end product.

The artisan experience of growing prized pot or smoking up in a consumption lounge on the land upon which it was grown, the premise of Farmgate, speaks to the experiential needs and wholesome joie de vivre that we humans crave.

The potential of this industry still in its early days means we all continue to welcome change, hoping to soon experience the sale of cannabis products at the spa, local bakery, or during an LP tour, as a Ganjier kind of experience we are ready for in the North.