Mushroom mycelia are everywhere; with a little search, it’s relatively easy to get your hands on some commercial spent substrate or to buy “grow your own” kits, ready to fruit or expand onto bulk growing media. Often composed of already-repurposed agricultural byproducts like woodchips, seed husks or hulls, you’re doing a sustainability service by returning carbon and other necessary ingredients to the soil, feeding future generations of plants. When sent into a living ecosystem, this TEAM, whether in a controlled indoor grow, urban planter, raised beds, or low or no-till field of any scale, from backyard plot to commercial acreage, can improve the quality of the microclimate below and above the soil surface. In addition, it will encourage the harmonious self-management of existing pest pressures and begin lasting co-cultivation relationships, opening opportunities for value-added nutritional and medicinal mushroom harvests. 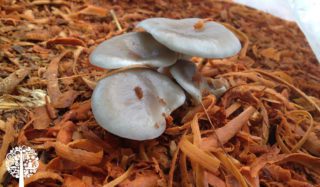 How The TEAM Works

To take advantage of this simple technique, break apart the spent substrate into a chunky mulch and spread it around the base of existing plants. The more you have to work with, the greater area you can cover – aim for an inch of thickness or more, and if possible, incorporate a lasagna-style layering technique, alternating with plain corrugated cardboard or woodchips. If you have a very dense source of healthy mycelium, you may find it can be cut into slabs with a serrated knife and laid out like tiles, which, under favorable conditions, can grow back together and fruit again.

Oyster mushrooms, the easiest and most common mushroom you’re likely to find as a tabletop “fruit your own” kit, enjoy eating up all the landscaping woodchips, straw, or shredded cardboard you can give them, and are well suited to this purpose. Perpetuating your TEAM may be as basic and low-tech as refreshing the vibrant existing ‘mycelial mat’ you created in a previous year with a fresh source of fungi food. If this is your goal, simulate the natural environment of wood-decaying mushrooms by covering this layer with a protective layer of nontoxic paper or cardboard (forming a penetrable “bark”), and maintain its moisture with regular waterings as you go about tending the companion plants. Seams, punctures and around the edges of this layer are where you’ll be able to observe whether the mycelium is regrowing and are the places to look for fresh fungi on a rainy day. With regular attendance to this valued resource, you can revel in the regenerative joys of plucking a meal’s worth of ‘bonus’ mushrooms numerous times throughout the peak harvest period in the same way you might tend a ‘cut and come again’ plot of salad greens.

When afforded the opportunity to make direct contact with the earth, your TEAM will attract worms to populate the soil hosting your plants, benefiting their rootzones with improved aeration and, by their rapid digestion, enacting a form of micro-manuring right where your garden can use it best. The myceliated mulch naturally retains moisture, protects the topsoil from sunburn, and suppresses the growth of unintended intercrops (a nice name for what some might call “weeds”). In addition, if the spawn is living and active, it may retain or even raise the temperature of the surrounding ground and lengthen or stabilize your growing season by fending off late and early frosts. 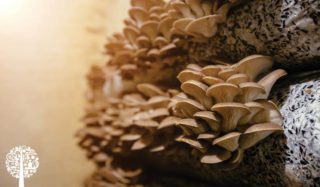 Living colonies of fungi naturally release carbon dioxide as part of their own digestive processes, and plants will be more than happy to take advantage of any supplemental source of this valuable gas you can provide, whether directly below the leaf line at surface level or by allowing it to naturally feed the roots in well-aerated soils.

Your TEAM can also extend its nutritional and medicinal qualities to the localized ecosystem of pollinators and other beneficial insects and animals. For example, bees are known to visit exposed sources of mycelium, improving their individual and hive immunity against otherwise potentially devastating viruses. Birds, frogs, and toads attracted to the earthworms and beetles munching on partially mushroom-devoured substrates can also help reduce populations of moths and their yield-reducing burrowing larvae (corn earworms, for example). 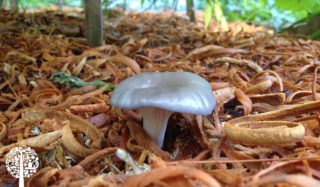 While regenerative agriculture doesn’t ever really “end,” most growers will consider at least part of the year their “off-season”. This is the perfect time to evaluate the tenacity of your TEAM and consider diversifying your roster. This may include introducing variety in the types of fungi represented (experimenting with different mushroom cultivars that run and fruit under a range of temperature conditions, for example), learning to raise your own mycelium from spores or cultures, and scouting and “spring training” local indigenous fungi species using techniques inspired by Korean Natural Farming or similar methodologies.

Finding an edible, hearty variety that can survive in your climate through all four seasons might be difficult, but it’s a good reason to make friends with your local farmers’ market mushroom purveyors. However, don’t be surprised if these wise farmers are already putting this resource to good use in their own regenerative cycle; in this case, you’ll need to come up with something of value to offer in exchange. Consider starting a mutual aid arrangement with them, whether a trade for fresh produce, mushroom substrate provision, or skills-sharing (if you’re not inclined to farm labor, consider market-day childcare, digital promotion, and design services). This relationship may bring about a deeper connection to the land, intersecting the wild and tended areas so many species depend on for our common survival.

Like the best managers and coaches, you’ll learn to spot and utilize the talents of your TEAM through observation, practice, and experimentation. So dig in, and use TEAMwork to make your wildest dreams work! 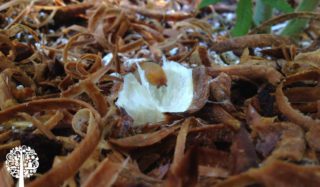 Words to the Wise: Cautions and Parameters for Selection of Species and Spawn Types

Depending on your interests and access to resources, indoor TEAMwork might flow naturally from the production of jar, tub, or other container-based fruitings of mushroom species like cordyceps militaris. Contaminated or otherwise unsuccessful attempts, thankfully, can be good sources of vigorous fungi-decomposing-fungi (commonly, green molds) which, although frustrating when fungi are the target harvest, aid in the rapid composting of pre-existing dead plant matter (old roots and leaf litter, for example) and play their own role in nutrient cycling. Remember that once you’ve allowed these species to take hold, they are likely to produce more spores and will be perpetual in your growing environment. It’s a good idea to take these TEAMS farther afield, and consider them your lineup for “away games” only.

If manufacturing your own TEAM from scratch using a spore syringe or liquid culture, be aware that a substrate with a high ratio of protein-rich grain may attract small mammals to your growing environment. Instead, expand this type spawn to cardboard, straw, or woodchips before sending in your TEAM. If you’re successfully fruiting mushrooms from your mycelium before using it as a topdressing, the grain will most likely be digested well enough by the fungi not to pose a significant threat.

Remember to inoculate responsibly; consider that you may unintentionally introduce an aggressive fungus developed for commercial purposes that could ‘escape’ your garden and outcompete existing wild populations. A good tactic to avoid this is to use an already-localized varietal of a common species, like Turkey Tail, an aggressive decomposer of wood and a potent medicinal mushroom for humans (and many of their companions!). Learn to identify Turkey Tail growing in a nearby forest, and (with appropriate permission, if needed) break up some fallen tree limbs into nice-sized chunks, partially burying them among your plants. Suppose you’re on a homestead or woodlot. In that case, you can use longer branches or trunks full of mycelium as natural borders or rafts, “topdressing” the soil horizon around or below raised beds to retain their structure and create a hugelkultur-inspired seasonal source of readily-accessible, hand-pickable mushrooms.