Enzymes are naturally occurring proteins that help to facilitate reactions in all living things. They are critical for so many life functions. They are found in humans, animals, plants, and in soil. Wherever there are living things, there are enzymes. We rely on them to help us digest and break down food to convert it to energy. Plants that develop from seed and make it all the way to flowering and beyond have employed the use of an untold number of enzymes. It is no wonder then that they are so vital to growing healthy cannabis.

Enzymes are specific to certain functions. Each one has a specific purpose or set of functions unique to them. Just as not all keys will open all locks, not all enzymes bind with and facilitate all biological processes. Each type of enzyme acts out its biological destiny filling its own unique niche in life processes.

Your plants are already using them, but it can be helpful to add additional enzymes into your substrate or media. One of the most useful enzymes to add is cellulase. Cellulose is the most frequently occurring compound on Earth. It can constitute up to 90 percent of plants’ makeup, so it is no wonder then that there is a group of enzymes that have adapted to interact with cellulose. These are cellulases. The addition of cellulase is ideal for all plants as it aids in preventing root rot and helping plants to utilize available nutrients in media. 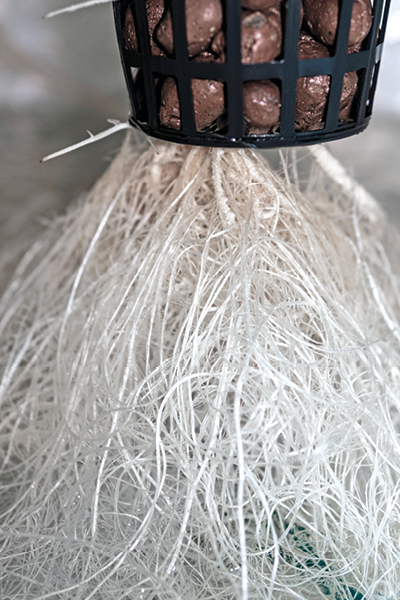 Cellulase is produced by bacteria, fungi, and protozoa, and is a very important enzyme (or group of enzymes). It is a key instigator for breaking down cell walls and kickstarting decomposition. As mentioned, cellulose is the most abundant organic compound found in nature, and cellulase is the enzyme that can break it down. This is an important point because cellulose is, by nature, difficult to break down. In the absence of cellulases, cellulose would take much longer to decompose.

Depending on which kind of reaction they cause, cellulases fall into one of three categories. Endocellulase breaks cellulose chains and forms new ends when they do. They then produce sugars such as glucose. Exocellulase follows and produces tetrasaccharides or disaccharides which break off pairs of units from the endocellulase chains. Beta-glucosidase is the clean-up crew. They hydrolyze the exocellulase into individual simple sugars. Cellulases play a big role in horticultural production.

Many different farming and growing operations utilize cellulase. It is used as pathogen and disease control for plants as well as for better seed germination, better plant growth, and more robust flowering. They are also frequently used in the wine-making and brewing industries, and have been well studied and found to be an effective solution in the battle against root rot.

Root rot is, of course, one of the most devastating diseases that can befall your plants. Once it has set in, there is no real control for it. The causes must be identified and corrected before planting again. While enzymes like cellulase cannot cure root rot (nothing can), it can go a long way towards preventing it.

Phytophthora spp. are major causes of root rot in a wide range of plants, cannabis included. There are currently no available fungicides to control this, and there has yet to be a cultivar bred that is wholly resistant to it. Adding enzymes, like cellulase to soil media has been shown to prevent the onset of Phytophthora. Best results are found when adding enzymes to media that has organic matter like mulch or compost which increase the likelihood of beneficial bacteria and fungi which can perpetuate the development of enzymes.

Studies have shown time and again that plants with higher concentrations of cellulase in their media yield lower disease rates. A North Carolina study found that when isolates of Phytophthora were exposed to concentrations of cellulase, their (the Phytophthora) ability to produce spores was greatly reduced. When cellulase is applied to roots already exposed to root rot though, there has been no reduction in disease progress shown. 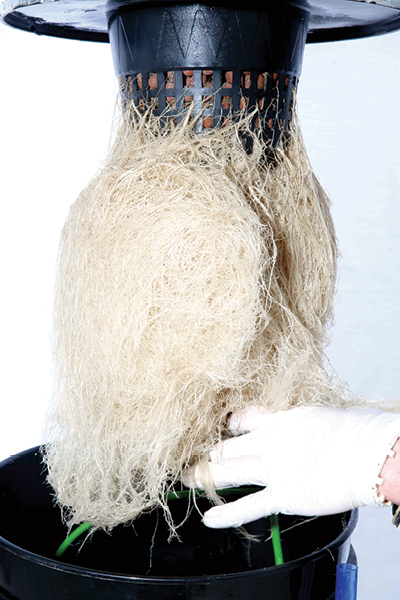 A major benefit of enzymes is their ability to improve nutrient uptake in plants. They do this by breaking up larger molecules into smaller, easier to use ‘pieces’ that are more readily absorbed by plants. Microbes release nutrient-specific enzymes to break up respective nutrient bundles. For example, to break down and utilize phosphorus, phosphatase enzymes are released. When cellulose needs to be broken down, cellulases are released, and so on.

In addition to making nutrients more easily absorbable, enzymes help to digest dead root cells. These dead cells can be a roadblock to nutrient absorption. Enzymes clear the way for nutrients to pass between the soil and be absorbed into the roots more easily.

This strategy of using introduced enzymes to improve digestion and make feeding more efficient is not new. Many farmers utilize enzymes to help increase the efficiency of nutrients in feed and to break down feed in the gut of animals. This allows for the animals to grow bigger, and faster compared to their peers that are not receiving enzymes.

Other Benefits of Cellulase

Preventing root rot on your crops or helping your plants to improve nutrient uptake are not the only benefits to using enzymes on your cannabis crops. Enzymes like cellulase can be used to clean substrates, making them reusable. This can make otherwise disposable media to stretch its usefulness and your budget. Enzymes themselves are long-lived as well. When mixed with molasses, the enzyme culture can continually do their amazing work.

Cannabis will grow faster because of healthier roots and better nutrient uptake, but that will often lead to increased yields. They don’t do their ‘magic’ instantly though. To get the best results from enzymes, start adding them early, at least by the time they have started their flowering phase, so that there is time for their populations to build up to helpful levels.