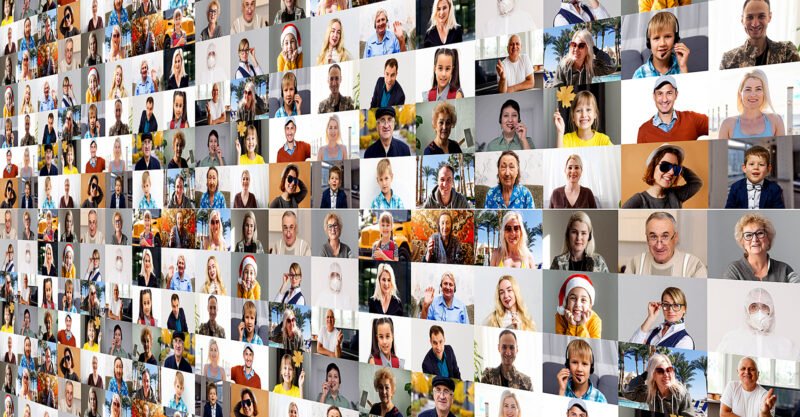 The increasing reliance on virtual communication may come with a cognitive cost, according to researchers who say the ability to generate ideas in collaboration is “at the heart of scientific and commercial progress.”

Story at a glance:

The COVID-19 pandemic accelerated an already shifting trend toward digital communication technology. With millions of employees mandated to work from home, use of the video conference company Zoom increased 30-fold in April 2020, with more than 300 million daily participants in virtual meetings at its peak.

Virtual workspaces have continued to remain popular even as pandemic mandates were lifted, however. From 2020 to 2021, Zoom saw year-over-year revenue growth of 355%, 367% and 369% in the second, third and fourth quarters, respectively.

“Work is no longer a place. It’s a space where Zoom serves to empower your teams to connect and bring their best ideas to life,” Eric S. Yuan, Zoom’s founder and chief executive officer said in an earnings release.

But the best ideas, it turns out, may not happen virtually, and the increasing reliance on virtual communication may come with a cognitive cost.

Communicating through screens may not yield the same results as old-fashioned, in-person communication. The ability to generate ideas in collaboration is “at the heart of scientific and commercial progress,” according to researchers from Columbia and Stanford Universities.

“From the Greek symposium to Lennon and McCartney, collaborations have provided some of the most important ideas in human history.

“Until recently, these collaborations have largely required the same physical space because the existing communication technologies (such as letters, email and phone calls) limited the extent of information that is available to communicators and reduced the synchronicity of information exchange (media richness theory, social presence theory, media synchronicity theory).”

There’s something about sharing a physical space that adds to the generation of creative ideas, however, and that “something” is lost when collaborating through a screen, the team found.

In a study involving 602 people, participants were randomly paired to generate creative uses for a product over a five-minute period, then select their most creative idea for one minute more. Pairs worked together in person or virtually, the latter using a video display of their partner.

In the second part of the experiment, 151 pairs generated creative uses for a product either in person or virtually, but this time the setting was a room with 10 props, some ordinary, like folders, and some unusual, such as a skeleton poster.

This phase of the study involved asking the participants to recall the props in the room, while the researchers also recorded participants’ eye gaze.

The idea was to test their hypothesis “that virtual communication hampers idea generation because the bounded virtual space shared by pairs narrows visual scope, which in turn narrows cognitive scope.”

The results supported their hypothesis, showing that virtual pairs spent significantly more time focused on the screen looking directly at their partners and significantly less time looking around the room.

As such, they were able to recall significantly fewer unusual props in their room compared to in-person pairs. Further, both unusual prop recall and gaze around the room were significantly associated with an increase in the number of creative ideas.

“This combination of analyses converges on the view that virtual communication narrows visual focus, which subsequently hampers idea generation,” according to the study. They then took it a step further to determine whether the results would hold true in a typical workplace, as opposed to a laboratory setting.

For the field experiment, 1,490 engineers worked in pairs either face-to-face or via videoconference to generate product ideas for one hour, then select one of them to submit as a product innovation for the company.

Similar to the laboratory study, the engineers working virtually generated fewer total ideas and fewer creative ideas than those working together in person.

There was, however, some indication that when it comes to selecting an idea, virtual communication may be equivalent to, or perhaps even more effective, than in-person collaboration.

Is a hybrid setup best?

While in-person communication may have some advantages to creative idea generation, other factors must be taken into account when determining whether or not to use virtual communication.

Some have suggested, for instance, that virtual communication is better for the environment, while 75% of U.S. employees surveyed in 2021 said they preferred to work remotely at least one day a week.

“[M]any additional factors necessarily enter the calculus, such as the cost of commute and real estate, the potential to expand the talent pool, the value of serendipitous encounters and the difficulties in managing time zone and regional cultural differences. …

“There are concrete and immediate economic advantages to virtual interaction.”

Using a combination of in-person and virtual communication may therefore offer the best of both worlds, particularly if, perhaps, creative idea generation is made a priority during in-person meetings. As it stands, it’s estimated that U.S. employees will work from about 20% of the time even after the pandemic ends.

It should be recognized that communicating virtually may take a toll on human health not only via cognitive costs but also via the increased amount of time humans are attached to screens, leading to concerns over excessive sedentary behavior and EMF and blue light exposure, as well as feelings of fatigue.

Virtual meeting fatigue, sometimes referred to as “Zoom fatigue,” became widely talked about during the pandemic, including for schoolchildren who found themselves suddenly in virtual meetings for hours a day.

Virtual meeting fatigue is described as “a feeling of being drained and lacking energy following a day of virtual meetings,” according to a study published in The Journal of Applied Psychology.

“Drawing from theory related to self-presentation, we propose and test a model where study condition (camera on versus off) was linked to daily feelings of fatigue; daily fatigue, in turn, was presumed to relate negatively to voice and engagement during virtual meetings.

“We further predict that gender and organizational tenure will moderate this relationship such that using a camera during virtual meetings will be more fatiguing for women and newer members of the organization.”

During a four-week study, the team analyzed 1,408 daily observations from 103 employees, finding that their theory was correct and, further, virtual meeting fatigue affects performance at meetings that day as well as the next day.

The effects of virtual meetings on children are also unknown, but it’s suggested that they, along with other COVID-19 pandemic measures like mask wearing and social distancing, may negatively affect communication and language skills in youth.

It’s difficult to ignore the possibility that engaging in face-to-face meetings in person may promote group cohesion and better outcomes.

“In-person meetings provide a sense of intimacy, connection and empathy that is difficult to replicate via video. It’s much easier to ask for attentive listening and presence, which creates the psychological safety that people need to sense in order to engage and participate fully.”

On the other hand, virtual meeting fatigue has been called a “detriment to worker well-being and productivity,” which may result from several factors unique to the virtual setting, including:

Viewing self-video during virtual meetings is another factor that may lead to “mirror anxiety” and negative self-focused attention, which is not only psychologically stressful but may affect meeting performance and add to virtual meeting fatigue.

In another survey of 322 higher education faculty members, a moderate level of fatigue was reported during virtual meetings. Significant predictors of virtual meeting fatigue included a sense of being physically trapped, mirror anxiety, the interval between videoconferences and the duration of videoconferences.

Virtual communication may mess with your mind

Another theory for why virtual meetings can feel so psychologically taxing was proposed by Robby Nadler, director of UC Santa Barbara’s Academic, Professional and Technical Graduate Writing Development Program.

He describes virtual meeting fatigue as part of a larger computer-mediated communication (CMC) exhaustion, which emerges due to prolonged use of CMC platforms.

Part of the problem relates to the way your brain processes spatial cues, as virtual communications distort our typical sense of space.

“Because many people use platforms such as Zoom trying to replicate physical spatial interactions,” Nadler said in a University of California news release, “they ultimately exhaust themselves because, try as we might to create physical interactions, virtual space plays by different rules.”

He refers specifically to virtual communications leading to the creation of “third skins”:

“[T]hird skins are proposed to account for how nuanced differences in space between SOCs [synchronous online consultations] and face-to-face exchanges mean participants are not engaged as human actors but ‘flattened’ into a totality of third skin comprising person, background and technology.

“So even though we like to think when we’re in a Zoom meeting that we’re engaging another person and all the rules of physical interactions hold … what we’re actually doing is engaging a particular representation that has all these gnarly spatial differences — and that’s where CMC exhaustion can come in because our minds want to do something that reality won’t permit.”

Ultimately, it’s likely that virtual meetings are here to stay, offering both benefits and drawbacks to the way humans interact and communicate on a daily basis, at work, school and in their personal lives.

On an individual level, balance is key. For every hour that you spend communicating virtually, make sure you can offset it with meaningful in-person communication and plenty of physical activity and daily movement, preferably in an outdoor, natural setting.

Sign up for free news and updates from Robert F. Kennedy, Jr. and the Children’s Health Defense. CHD is planning many strategies, including legal, in an effort to defend the health of our children and obtain justice for those already injured. Your support is essential to CHD’s successful mission.

It’s Time to Follow the Science. Join our Campaign!

This post was originally published on June 19, 2022 3:01 am from Randy Rowe and can viewed here: https://newagora.ca/is-virtual-communication-killing-creativity-and-scientific-progress/