Living from the Inside-Out by Susan Boskey

I don’t know about you, but I find the outside world to have gone totally mad. Never in my life have I seen anything like what’s happening today. On every front from global politics to personal identity, life appears to defy common sense.

I can’t take it anymore. For me the only way out of the madness is in. Here are my thoughts.

The quantum physics fact that all is energy is where I begin and end. Within visible and invisible worlds a corresponding range of frequencies also exists: from the ethereal-like high-pitched sound a dog can hear, to the dense, seemingly frequency-less tree. For human beings, body, mind and soul, the body is tangible (dense); the mind is less so, while the soul is intangible (ethereal) with each vibrating its own frequency.

While identification with the body and mind is assumed, the recognition and nurturing of the soul has generally been undervalued, and thereby generally lost. I think many of the problems today arise and fester as a result of the imbalances created by negating one’s intangible soul.

Our Lens on the World

I’m not talking here about religion. For over 50 years I studied and participated in different world religions and now conclude that conscious awareness is the framework of all religions and not separate from them. It is the inner life of self-awareness that matters if to live in peace and harmony.

Revisiting the body, mind, soul equation, the thinking mind provides the lens through which we individually interpret and respond to the world around us. Furthermore, I assert that the ego is one with this mind as the human’s default operating system.

The question becomes: Are my thoughts/ego (and subsequent actions) in service to the possibility of a more beautiful world or not? Such is self-inquiry. As with everything on God’s Earth, there are always two sides; not as opposites but as part of a continuum: light becomes dark, day becomes night, summer becomes winter, hot turns to cold. etc. Given the human species as part of nature I also recognize the ego/mind’s spectrum of possible thoughts from which actions are taken: actions ranging from supportive to destructive.

Can We Heal the Collective Ego?

From where I stand the planet’s collective ego has plunged to a new neurological low as evidenced just by the destructive ways individuals speak and treat one another. Politics play a large part in the negative role modeling and as such cannot provide the depth of solution needed to reverse course.

For the outside world to return to some semblance of sanity that is supportive of life, cleaning up the personal, internal world is the first order of business. Many already see that the exclusive focus on the externals, the appearance of success, has not solved most important issues. As the saying goes, new wine old wineskin. Definitely NOT easy, self inquiry may be the most effective strategy to recover health and happiness and heal our planet at the same time.

On a Personal Note

I began to connect with the reality of my soul early in life when I realized that there was a Higher Power. Over the course of time I began to recognize the energy of God/Source within. My identity actually had nothing to do with who others said I was, what I did, what I had or didn’t have or where I lived. I was beginning to sense my being as aligned with a Higher Self.

As the years went on I entered the process of coming out of denial. My ever-expanding connection with Source made it easier (not easy) to recognize patterns of thoughts and behaviors I really did not want to see! Blame, arrogance, deception, aggression, control and domination have all played out for me at different times.

I have found that the more toxic thinking, beliefs and past traumas I acknowledge and release, the more the light energy of Source activates my soul and shifts my lens on life. Knee-jerk reactions give way to insights allowing me to make more life-affirming choices. It’s about Self-love of the most humbling kind.

My identity now is with the eternal energy of the universe and the love that moves the sun and the stars.

I believe that the cognitive human mind has the capacity to entrain and align the personal ego with their Higher Self. When the ego/mind takes this route (instead of the default animal one) it stands to gain a quality and level of inner peace no one and nothing can destroy. The two sides of everything in nature lends itself to the question, then why not take the high road? Yet to do so means individual resolve and commitment.

The starting point, as I see it, begins with a conscious acknowledgement of a higher power than one’s body or ego/mind. Eventually, the joy and sense of wellbeing, of Spirit moving within, provides the needed impetus to harness one’s ego in service to the higher power of love.

Letting go becomes the central practice as previously hidden subconscious thoughts rise to the surface. There is no shame or guilt, only the recognition of the human condition and one’s ability to surrender thoughts and behaviors that no longer serve. God/Source replaces the space left by the release of old patterns with the energy of healing, and is an ongoing process.

I envision each of us as committed vessels containing the energetic quality within that we yearn to see in the outside world. The practice of BEING the frequency of the solution (universal love) naturally grows and spreads. New levels of conscious awareness and wellbeing, having risen from the ashes cannot help but to collectively benefit the whole of life.

This way of becoming the best version of oneself is freely available to anyone and everyone. As more and more souls refresh themselves with the source of love, a more beautiful world becomes our collective birthright.

The choice to live in a state of grace makes sense in today’s world since nothing else does. 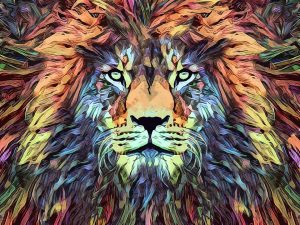 This post was originally published on August 26, 2022 3:32 am from Randy Rowe and can viewed here: https://newagora.ca/living-from-the-inside-out-by-susan-boskey/