The novel tech of Plantchek’s home THC and CBD Quick Tests is proving an excellent new tool for cannabis consumers and growers to quickly, affordably, and accurately test the potency of their cannabis. From the convenience of home or the facility, “cannaseurs” can rely on precise THC and CBD readings from their flowers, oils, extracts, concentrates, and edibles.

In a world where folks with more than five years in the cannabis industry are considered a legacy, Philippe Lucas, PhD, is the real OG — an “Eminence Grise” with more than 20 years of experience advocating for safe, legal access to cannabis for patients and consumers. After discovering the benefits of cannabis for the treatment of Hepatitis C (which he contracted through the Canadian blood system) he became one of Canada’s first legal medical cannabis patients. In 1999, Lucas founded the Vancouver Island Compassion Society (VICS), one of the country’s first medical cannabis dispensaries. Lucas would continue on a path towards his vocation as a top-tier cannabis researcher, publishing studies showing cannabis was a safer substitute for opioids, alcohol, and tobacco.

The work was valuable but not without legal risk. Following a robbery at the VICS in 2020, Philippe called the local police, leading to his arrest for cannabis possession and trafficking. Not to be deterred, he fought the charges in court, and reopened the VICS a few days later at a new location. After two years in court, Lucas ultimately received an absolute discharge and praise from the judge, who summarized his decision by stating “I find that while there is no doubt that Mr. Lucas offended against the law by providing marijuana to others, his actions were intended to ameliorate the suffering of others. His conduct did ameliorate the suffering of others. By this court’s analysis, Mr. Lucas enhanced other people’s lives at minimal or no risk to society, although he did it outside any legal framework. He provided what the government was unable to provide — a safe and high-quality supply of marijuana to those needing it for medicinal purposes… The fact that he has stated he will continue this activity points to the sincerity of his principles.” (Regina v. Lucas, 2002) 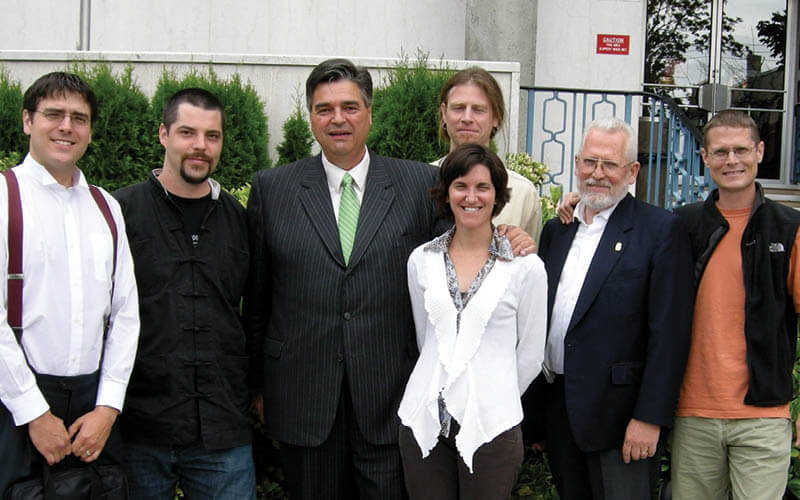 Unfortunately, this did not mark the last of Lucas’s legal challenges, and a few years later the primary production facility for the VICS — the Vancouver Island Therapeutic Cannabis Institute — was raided. Expert cultivator Mat Beren was charged for cultivating more than 900 cannabis plants, despite overwhelming evidence he was doing so for critically and chronically ill Canadians. Following five years in court during which Lucas spent 13 days on the stand as both a witness and court-appointed expert, Beren received an absolute discharge from the B.C. Supreme Court.

Despite the challenges, advocacy for cannabis access has been the most rewarding work of Philippe’s life. “Taking small steps along the healing path with patients-in-need is what kept me going during those difficult early days in medical cannabis,” says Lucas. “It informed the social justice and equitable access lens through which I continue to view the world.” It has also led to his recognition, including being named High Times Freedom Fighter of the month in August 2004, and being nominated to receive the Queen Elizabeth Diamond Jubilee Medal by Canadian Senator Pierre Claude Nolin, former Chair of the Senate Special Committee on Illegal Drugs. 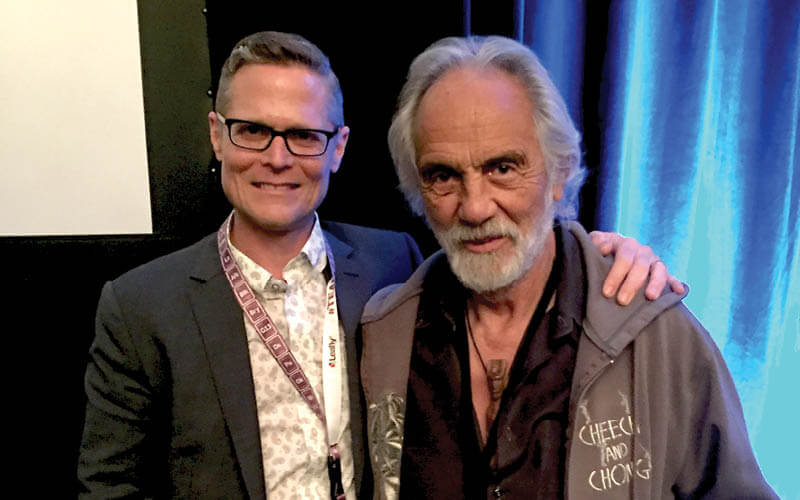 During his time at the VICS, Philippe became frustrated at the lack of analytical options for the home cultivator and consumer. Well before Canada legalized the non-medical use of cannabis in 2018, there were no laboratories licensed to test cannabis for consumers, and therefore no way to know exactly how potent the cannabis products were. The one home test kit that was available was based on thin-layer chromatography (TLC), a finicky and highly inaccurate technology. There had to be a better way!

That’s when Lucas reached out to friend and colleague Dr. Joshua Eades, a PhD biochemist working at the University of Victoria. They worked together for several years to design and refine simple, easy, and accurate test kits for THC and CBD. As they were about to launch the kits, fate intervened, and they were both hired by then-start-up cannabis company Tilray in early 2014. As Canada was set to become the first country to authorize the large-scale production and distribution of medical cannabis by private companies, Lucas became VP of Global Patient Research and Access at Tilray and Eades took the role of VP and Chief Science Officer. For more than seven years, the duo led the company to become one of the largest cannabis corporations in the world.

Compassionate Analytics continued to grow under the leadership of friends and relatives, but it was not until Lucas and Eades departed Tilray in June 2021 that their business really began to blossom. In December 2021, the team launched Plantchek as a trusted leader in onsite cannabis testing.

“We wanted to go back to our roots,” says Eades, “and apply the collective knowledge and expertise that we had gained after so many years working at the highest level within the global cannabis industry. We aim to provide high-quality tech and accurate testing solutions that any cannabis consumer or cultivator can afford and find easy to use.” 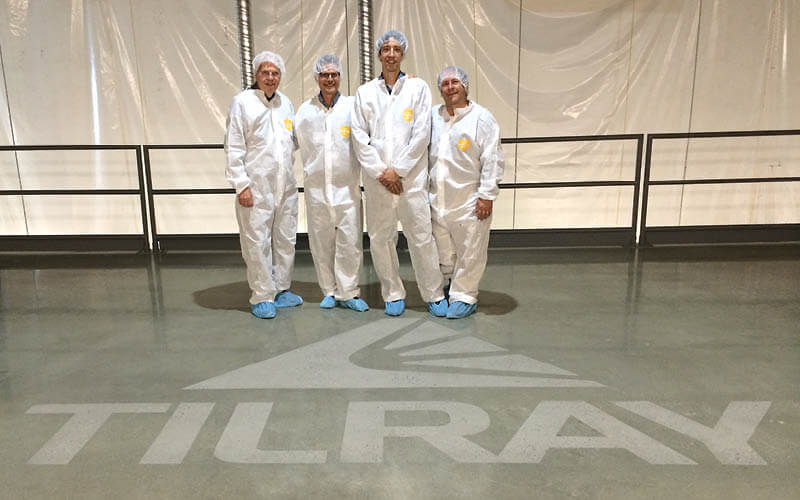 Philippe (2nd from left), Josh, and Rick Doblin (MAPS) at the Tilray production facility in Nanaimo.

The lab-verified and patented kits are indeed easy to use, and with just a few simple steps, not unlike testing the pH levels of a pool or hot-tub, customers can test the potency of cannabis products ranging from 4-96 percent THC or CBD.

Plantchek’s Quick Test Kits are currently available online at plantchek.com. While their market spans most of Canada and the U.S., the BC-based company has seen a recent rise in international orders, and the Quick Test Kits are increasingly making their way into grow shops and dispensaries across the globe.

“We believe that knowledge is power,” says Lucas. “Whether it’s cultivators trying to determine peak harvest times or working to assess the CBD content of new varietals, patients wanting to know the mgs per mL of THC or CBD in their stove-top oil, or cannabis aficionados wanting bragging rights for producing the most potent products, Plantchek is here to help you get to Know your Cannabis.”