A single death is a tragedy; a million deaths is a statistic.
― Joseph Stalin

The problem with statistics? Nothing is ever certain, but politicians and journalists, alike, throw numbers around like they are absolutely certain. For these officials, statistics are a means to an end, a way to validate their point of view. Since statistics can be twisted and turned to establish almost anything, our children need to know how to question these numbers. We all need to call out liars when we find them, as they did in Greece, where the chief statistician is being criminally charged for releasing what seemslike the truth.

An October 2022 article by Aaron Kheriaty, titled, Hippocratic vs. Technocratic  is a reflection of our times. We, as a humanity, are moving away from Nature to a world of approved facts, figures, and statistics. Nature and Natural Science no longer factor in to  the Government’s claim that its “Science doesn’t lie.” 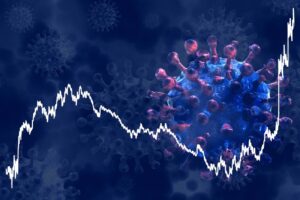 In this emerging Technocratic world, the individual does not matter. Importance is given to the group, as in Group Think: the practice of thinking or making decisions as a group in a way that discourages creativity or individual responsibility. The art of Science is converted into Scientism, a new religion, where scientist-priests promote statistics that must be believed as fact instead of proven. Critical thinking has gone extinct.

The Real Science of hypothesizing, public testing, attempted replication, theory formation, dissent, rebuttal, and confirmation is no longer viable. In Scientism, a mass experimental vaccine campaign is the science that treats everyone as part of a herd.

Kheriaty’s article, Hippocratic vs. Technocratic asks, How successful was this [COVID] technology in its first large-scale trial run in humans? His answers allow for critical thinking by his questions:

A useful metric to cut through a lot of statistical noise is all-cause mortality. We can argue about the causes of death. Did this person die with COVID or of COVID? Was this fatality a vaccine side effect or a random temporal association? But we cannot argue about the body count. It is hard to spin death certificates. A recent preprint study in the medical journal The Lancet found that the mRNA vaccines showed no net benefit for all-cause mortality.

In 2021, during a mass vaccination campaign around the world, CDC data, as well as data provided by life insurance companies stratified by age, showed a 40 percent rise in all-cause mortality among working -age adults.

Kheriatry writes:  To put this into context, actuaries tell us that a 10 percent rise in all-cause mortality is a once in 200-year disastrous event. The United States didn’t see this kind of spike even during World War II…..  Most of these excess deaths were not due to COVID… Something else—something sudden and acute—happened in 2021 that massively affected mortality for young and middle-aged adults. Our public health establishment has shown no interest in examining this disaster. This total disinterest is a barometer of their priorities.

There are three types of lies — lies, damn lies, and statistics.
― Benjamin Disraeli

There is no better time to use a statistic then when making a broken promise.

In the COVID experiment, under Emergency Use Authorized, or EUA-only approved mRNA vaccines, officials promised many things. However, when promises failed there was no accountability and no consequences:

However, A recent study found that mRNA from the COVID vaccines can infiltrate cells and transcribe its message into the DNA of human liver cells in the lab (in vitro).

Promise #2. mRNA vaccines would reduce the risk of COVID by 91% for fully vaccinated people.

However, the CDC director later stated that COVID-19 vaccine is not effective at preventing transmission of the virus.

Promise # 3. mRNA vaccines may not stop transmission after all (cough cough), but would protect against serious injury or death, and during pregnancy.

However, anaphylaxis, antibody-dependent enhancements, allergic reactions, and deaths, now comprise the most serious side-effects of mRNA vaccines. Regarding use of experimental vaccines during pregnancy? None of these vaccines have been studied in pregnancy. 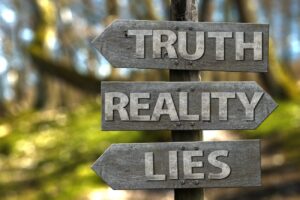 Because of the experiments conducted by Government Sciencewe are told, “Miraculous mRNA Vaccines Are Only the Beginning.” The beginning of what exactly?

The truth is that there is no evidence that this “god like technology” will help infection or immunity, in the short term or longterm. Instead, this gene therapy may be the cause of increased infections, diseases, and deaths being reported since the 2021 EUA deployment. Knowing the terms to search, (“Covid-19 vaccine,” “adverse events”), anyone can look up the latest evidence on Pubmed from recent medical journal studies to find thousands of injury and death reports.

Looking back to a January 1991 article in The American Prospect journal, The Elusive Promise of Vaccines: Delays in realizing the promise of vaccines are an old story, beginning, in fact, with the first and most famous vaccine, against smallpox, discovered in 1798.

Facts are stubborn things, but statistics are pliable.
― Mark Twain

Rethinking statistics means balancing the external, material world with an inner knowing, that gut-feeling. After all, humans are more than the Earth Suit. In evaluating mass experiments, only you allow it to continue or not, by your compliance and critical thinking ability. Critical thinking requires you to turn up the dial on your thinking cap to ask some critical questions, instead of trusting what you are told to think by government-appointed experts. 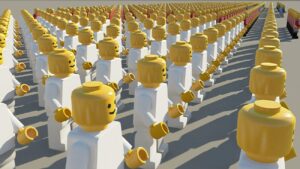 Are you an individual or an amalgamation?

Do you trust government officials who practice medicine without a license, and make promises without consequences? Or do you trust what you know? If you don’t know, are you bold enough to search for your own answers?

Is true science “settled” or censored?  Or is science open to debate?

Do government promises and statistics come from the same place?

Do mandates made by governments override freedom?

Are you willing to live life under the excuse of Emergency Rule for the longterm?

Did you join the Conga line?  Have you had enough yet?

Is Nature still relevant in your world?

All the statistics in the world can’t measure the warmth of a smile.
― Chris Hart

This post was originally published on October 30, 2022 3:00 am from Randy Rowe and can viewed here: https://newagora.ca/promises-lies-and-statistics-by-rosanne-lindsay/