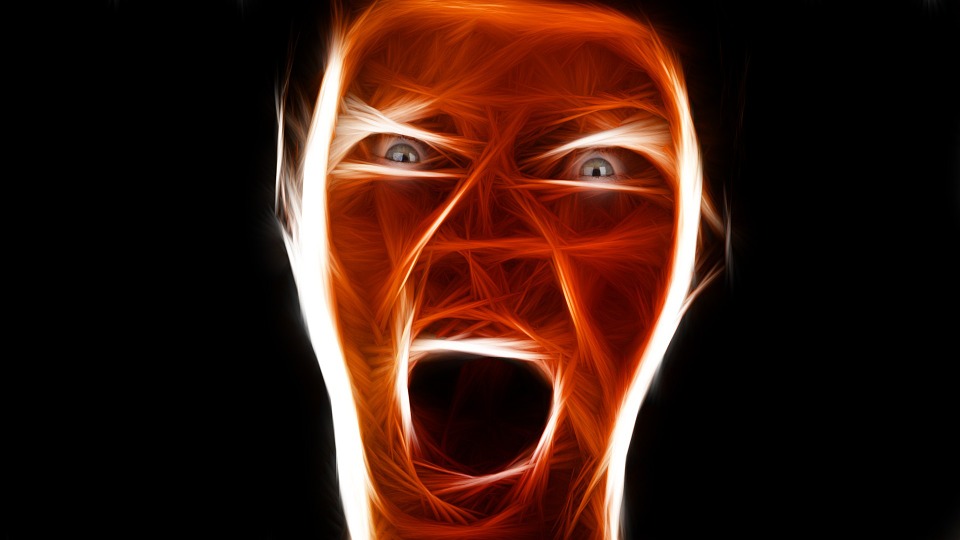 Unless one can grasp the nature and motivation of those who attack one, one cannot come up with a strategy to overcome them. And right now we have a vital need to come up with such a strategy in order to throw a spanner in the works of a political system that has ‘psychopath’ written all over it.

One does not need to be a professional psychologist or psychiatrist to recognise the symptoms of the hardened political psychopath. They are visible every time one checks ‘the news’ on mainstream media. After a short time one recognises that ‘what they say’ – and ‘what they do’ are very often precisely opposite from each other, and that the double-speak involved is intensely characteristic of the reversal of reality practised by satanists.

That’s why, when you turn on your TV to watch ‘the news’ what you are seeing is ‘the psychopathic spin of the day’. The fact that you don’t react by turning-off the set means you are still unable to discern truth from lie. Or, in rare cases, that you are watching in order to study the behaviour patterns of professional liars.

Here is a recent example of how the State employs its psychopathic double speak to ‘get the job done’.

In a contract employed by the Polish hierarchy to get the roll-out of new electromagnetic utility cables into peoples homes, it states in the preamble of the contract (May 2020) that these cables are needed to ‘improve communications’ in order to combat the spread Covid-19; and that one should therefore use one’s common sense by not resisting the installation of these (overhead) cables and the equipment which goes with them.

As one’s jaw drops open at the sheer audacity and absurdity of this statement, the thought flashes through one’s mind “they are using coded language (double speak) to tell us that these cables are being laid to aid the spread of 5G electronic pulses linked to sicknesses aggravated by the metallic elements hidden in the Covid ‘so called vaccines’.”

Such con-tricks are legion at this time. The fact that they are broadly accepted by those whom they are designed to ‘help’ – is down to the fact that most of society operates on the principle of a passive slave relationship with the political authorities running their countries.

Within the political deception which surrounds WEF’s Great Reset/Green Deal, we find a starkly obvious case of theft. To be precise, theft of the early ecological movement’s long-term holistic agenda for the bio diverse trusteeship of the land.

By twisting the true ecological approach to land management into a thoroughly distorted and fake look-alike, the word ‘Green’ has been 100% hijacked by the New World Order/Great Reset cabal. Tried and tested Real Green approaches have been usurped, in favour of macro scale industrial and digital mechanisation programmes for achieving the hallowed goal of ‘zero carbon’. If there ever could be such a thing as zero carbon– none of us would be able to breathe.

How is the hijacking done?

In the book ‘Political Ponerology – a Science of the Nature of Evil – the author, psychologist Andrew M Lobaczewski, speaks of the ‘spellbinding techniques’ of psychopaths and how the thought patterns given-off by them “take hold in human minds, insidiously destroying their way of reasoning and their ability to utilise their healthy common sense.” He further states “This role has proved essential because their activities as fanatical leaders or spellbinders in various ideologies, open the door to psychopathic individuals and the view of the world they want to impose.”

In the case of ‘the green movement’, government technocrats are encouraged to set to work with their well practised ‘spell binding’ techniques in forming a centralised top-down anti-human ‘green’ agenda that bends the true green ideology into its precise opposite, yet in a manner which hypnotises its followers into thinking it must simply be ‘a politically regulated’ extension of their original idealogical cause.

Many early pioneers of genuine green thinking made the fundamental error of regarding this politicization process to be a necessary part of having ‘finally made it’ into the power house of the political status quo and the domain of national/international rule makers. A situation further aggravated by the notion of ego driven NGO leaders that they will become important figureheads on the national/world stage once government enfolds them in its cold embrace.

The embrace of a python that crushes truth and reassembles it as a lie.

This form of trickery is how the fake science behind Global Warming, Zero Carbon, Green Deal and Fourth Industrial Revolution has been spun into a seemingly authoritative voice claiming it has the patent on the ‘only way of saving the planet’.

These were born out of a sensitivity for localised self sufficiency schemes that free mankind from the corporate behemoths wielding their limitless financial powers to crush anything that smacks of a revival of human scale common sense and creative imagination.

From being the benign tools of liberation, these pragmatic working models have – under the pathological leaders of today – been twisted into the harsh tools of suppression and dominating forms of techno-fascism.

The deep state criminal cabal who direct and institute the ‘grand plan’ are life-hating megalomaniacs whose psychological condition suggests a direct affiliation with satanic indoctrination. The satanic, after all, demands the reversal of all values and sets the tone for the course charted by political empire builders.  It can be no coincidence that the British House of Commons has two Masonic lodges directly within its Westminster premises.

Demons invert/reverse all that they touch. The psychopath uses the same trick. And the ‘political’ variety set to work on inverting all professional spheres of society. Which is how education becomes indoctrination; the medical profession becomes the causative agent of sickness; the legal profession upholds fundamental injustice; science reduces life to a gene and religion becomes indoctrination to an anti-life formula leading to the soulless trans-human replacing the spiritual human.

A widespread political pathocracy does not depend on all politicians becoming schizoid. It just requires that a few leading figureheads possessed of this characteristic, enforce the anti-life psychopathic agenda as part of the ‘party loyalty’ scheme. This ensures sufficient conformism so that others fall in line, ‘spellbound’ by the sub-human vibrational waves that these key figureheads generate.

For ‘we the people’ to break this spell requires us to recognise, hidden in the shadows of ourselves, the existence of a state which is capable of distorting our natural emotions into something cold, indifferent and devoid of love.

This can only approximate the actual condition experienced by the psychopath – but by touching this realm we can start to understand something about a state of existence which plays a key role in this time, yet appears to defy our comprehension.

In other words we can ‘reverse engineer’ the psychology of the demon which gives the psychopath his dark powers of destruction and the ability, via such professions as banking and corporate leadership, to capture and retain control over a very large percentage of the world population.

Their ability to do this is, in large part, governed by an unwillingness to explore the darker side of ourselves and/or of life itself. The political psychopath survives because too few ‘normal’ humans seek to enter his territory and start to shine a torch on where the dark seems most impenetrable.

But once that dark place is penetrated, the sense of being impregnable is deflated. The arrogance is broken. The power to do evil is irrevocably punctured.

Our task is to recognise that – when activated – our God given powers are far more powerful than that distorted field of energy directed to deceive humanity into taking the lie to be the truth.

As those who are destined to take the helm of planet Earth, the task of illuminating and disempowering demons is our particular lot. There is no escaping it. It’s why we came here at this time.

All who still fail to discern the nature of evil and the ‘art of the lie’ must become self-psychologists and discover where this ability to twist the truth into its opposite comes from.. Only then can the sickness be put right and the world led out of darkness and into light.

The demonic forces represent the unenlightened side of ourselves. The refusal of consciousness. A state of death over a state of life. In this state all are demons. The political psychopath counts on you and I remaining that way. Accomplices in suppression of enlightenment.

As soon as we break that spell their power over us is lost – and we are free.

This post was originally published on June 6, 2022 7:19 am from Randy Rowe and can viewed here: https://newagora.ca/psychopathic-politicians-role-models-of-a-slave-society-by-julian-rose/