A subscriber recently read my article on Is The Terrain Theory Just a Theory? He had two great questions I will share in this Part II, so we can expand the discussion, even though volumes could be written on this topic. My motto?

Subscriber:  My problem with terrain theory is that when someone I meet is sick and I get in contact with this person, I get sick too, how
can you explain this?

Too bad “the germ” cannot speak for itself! If the germ was unmasked, would it talk about the Terrain? 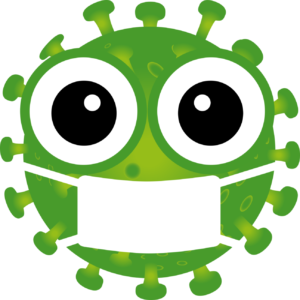 The idea of “Terrain” in  Natural Medicine, goes back long before “modern science,” to before Hippocrates, a Greek physician of the Classical period.

Everyone has a doctor in him or her; we just have to help it in its work. The natural healing force within each one of us is the greatest force in getting well. Our food should be our medicine. Our medicine should be our food. But to eat when you are sick, is to feed your sickness. — Hippocrates

Natural medicine was once understood as common sense, at a time when people knew that the innate, immune system is everyone’s natural, internal defense system, a birthright. An understanding of the Terrain was practiced centuries before the Germ Theory was hatched.

The Germ theory theorizes that certain diseases are caused by the invasion of the body by microorganisms too small to be seen except through a microscope. The theory was developed, proved, and popularized in Europe and North America between about 1850 and 1920.  Eventually, the author of the Germ Theory, Louis Pasteur, recanted the Germ Theory, saying what his colleague Antoine Béchamp was saying, “The terrain is everything, the germ is nothing.” This piece of information was relegated as a footnote in the history of medical science.

A 19th century genius, Antoine Béchamp was able to see bacteria, and other nano materials emerge from the cell, as opposed to coming from outside the cell, like most people have been taught. It was Béchamp who suggested that the environment of the body selects what can live and not live. However, history is written by the winners.

Fast forward 200+ years to Anthony Fauci, the expert proponent of the Coronavirus pandemic. Fauci has published in the 2009 NEJMthat the 1918 Pandemic was caused by bacterial pneumonia, not a virus of any sort. The solution one hundred years ago was the same as today: a vaccine. In March of 2020, Fauci again published in the NEJM stating that:

From Louis Pasteur to Anthony Fauci, only appointed experts are allowed to hold the megaphone and identify the chosen virus, even if the virus is later found to be a bacterium or, alternatively, created in a lab and patented, such as the now infamous SARS-CoV-2.  Incidentally, there are thousands of patents related to SARS-CoV2. See a list of 120 patent here. Does that make SARS-CoV-2 a novel or “new” virus.  Or a manufactured amalgam?

If you are not your own doctor, you are a fool. –Hippocrates 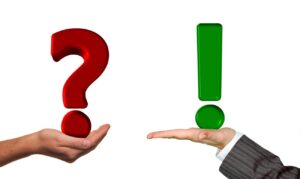 Any credible investigator looks at both sides of an equation with a magnifying glass and an open mind. So compare Western, conventional medicine, at 200 years old, to Eastern medicine -also called Traditional Chinese medicine, to Greek Medicine, Ayurvedic Medicine, and Naturopathy, at  5000 years old.

To do nothing is sometimes a good remedy. — Hippocrates

Metaphorically speaking, The Germ vs. The Terraincan be described thusly:

The Terrain Theory suggests that disease does not find healthy plants or people, while The Germ Theory says it does.

What do you think?

Subscriber : So can people “catch” an STD or the flu?

That depends on which side of the equation you choose……  It may also be important to study the meanings of words. For instance, in Italian, Influenza means influence of the stars, shortened to flu in the first half of the 19th century. But back to the equation….

Everyone Has An Opinion 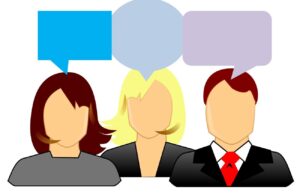 The WHO warns, there is “no evidence antibody tests can show coronavirus immunity.”

Experts claim, “antibodies may provide protection against reinfections even if they wane over time.”

In 2020, A UK professor and disease expert claimed, “herd immunity against coronavirus won’t happen until next summer.”

Remember that joke: WHO’s on first? 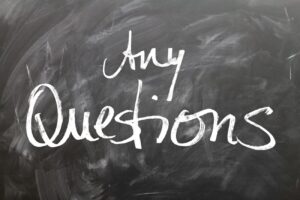 Should you consult the Zodiac wheel for influences to your body and mind?

Can frequencies such as 5G  influence the human body and immune system?

Everything is frequency. Once we realize our power as frequency beings, and how easily frequencies can be transmute and nullified, then “frequency weapons” are no longer a thing.

Can your own frequency protect you from “catching” a flu or STD?

See above answer on frequencies. Frequency is energy, belief, feeling, action. If you feel/believe you can catch an STD, chances are good for that to manifest.

If you support your immune system, it can work to protect you. If you do not, you will reap the consequences.  Remember the”Boy in the Bubble?” This boy was reported to live without an immune system in a sterile environment. He died at age 12 of heart failure, two weeks after leaving his bubbled protection.

In any group, why do some get sick and others do not?

The internal terrain is a reflection of the external terrain. Antoine Bechamp said, “The Terrain is everything.  Later, Louis Pasteur agreed.

The terrain is everything, the microbe is nothing, don’t inoculate the fish – Louis Pasteur

If a lot of people in an area all get sick at the same time, is it from an invisible virus or environmental exposures? What exposures are common to cities, regions, and continents?

Why are vaccine recipients told to get boosted three times if the first injection works?

How confident are you with the PCR test? Why do people test positive one day, negative the next day, and positive again?

Why continue to wear a mask if vaccination works?

This type of medicine, Wholistic Medicine, is opposite in all ways from allopathic medicine, not opposite really but complimentary – as you can’t have one without the other. All polarities are like that, good and bad, love and hate, you can’t have one without the other. This is the yin and yang of it. Putting what is known, together, does create a “New” Biology. – EuroAmericanHealth.com

This post was originally published on August 4, 2022 3:00 am from Randy Rowe and can viewed here: https://newagora.ca/questioning-the-terrain-theory-by-rosanne-lindsay/