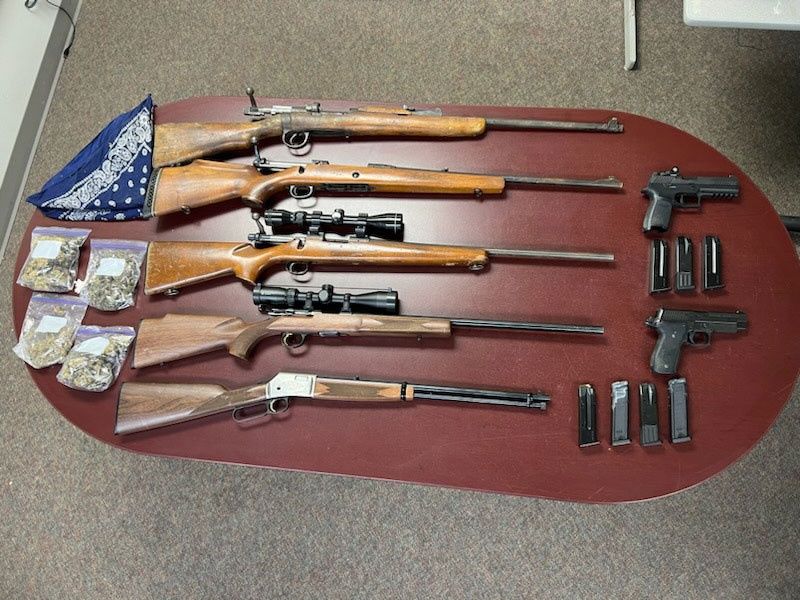 A recent residential break-in in Denare Beach, Sask., located about 22 kilometres southwest of Flin Flon, Man., has led to the seizure of five rifles, two handguns, ammunition and a quantity of psilocybin and illegal cannabis.

Creighton RCMP responded to the initial break-in calls and determined a firearm safe with six firearms was stolen. The following day, officers received a report of a person with a firearm in the area.

Two males, one adult and one youth, were arrested at the residence. The youth was arrested for breaching a deferred custody order and is scheduled to appear in court in Creighton on Jan. 9, 2023.

The adult male, 22, has been charged with 36 offences under the Criminal Code of Canada, including seven counts of possession of a firearm while prohibited. Also charged under the Cannabis Act and Controlled Drugs and Substances Act (CDSA), he was due in court this week.

A third individual, 41, was later arrested as the investigation continued and faces three charges, including unsafe storage of a firearm and possession of property obtained by crime less than $5,000.

Psilocybin and psilocin are listed as Schedule III substances in the CDSA, the third-highest level of offence.