When Kevin Kuethe joined the growers at Lume Cannabis Co., he could sense a sea change was coming for the cannabis industry.

“I knew that the lighting technology was about to change, because HID had an insane amount of heat they put off,” says Kuethe. Faced with a rapidly aging fleet of more than 600 high pressure sodium lights, he knew that if Lume didn’t pivot, the results could be costly. 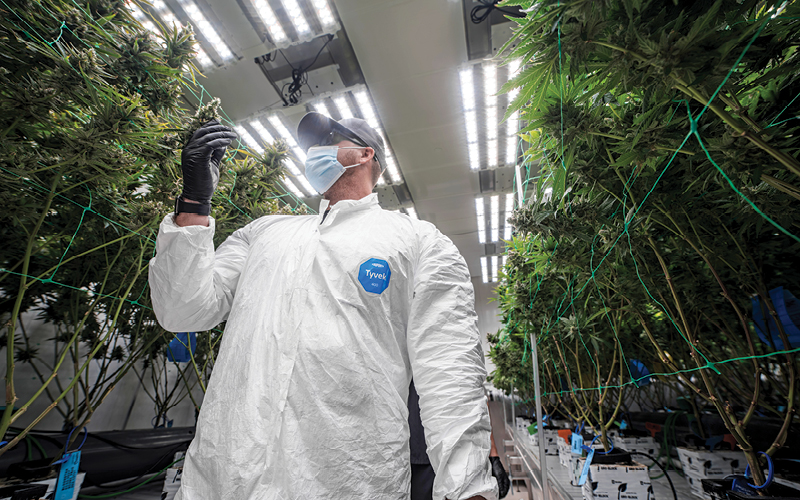 Credit: Lume Cannabis Co.
Kuethe had to find a solution quickly, but the path forward wasn’t completely clear. New to the burgeoning LED scene, Kuethe had to test for himself to see if the yields he was looking for were possible with this emerging technology.

“I was already testing an abundance of LEDs, at least 10 or 12 LEDs, and I was running them all the way through flower with multiple genetics because I, at this point in my career, I knew that LED was an inevitable future.” Yet still, the promise of high yields under LED seemed to elude him.

At Belushi’s Farm in Oregon, proprietor Jim Belushi was at a similar precipice.

“Well, you know, we’d been using HPS lights. You know, it’s the standard practice in cannabis. It has been for, you know, decades.”

Even Director of Cultivation Anthony Anaya was nervous about a potential switch. “I grew with LEDs maybe 19 years ago for one year. I’ve been… skeptical of it. HPS has been the workhorse for a lot of years, and it works.” Unlike Lume, it wasn’t the promise of higher yields that drew them in, but the energy benefits that LED was purported to have. 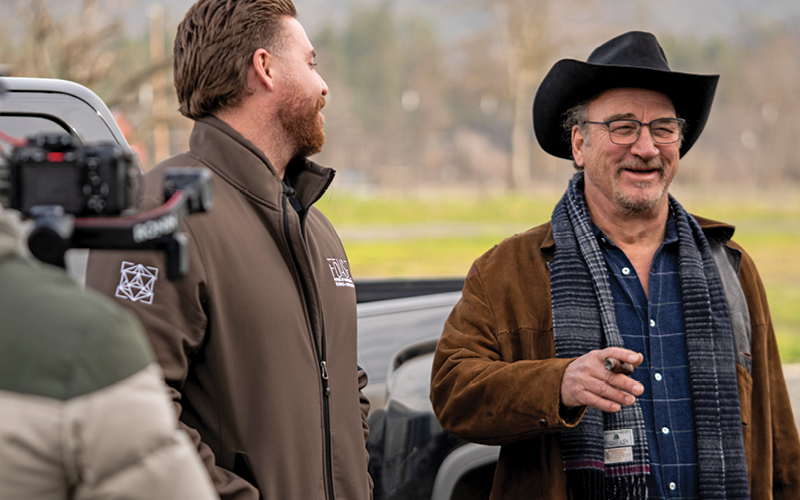 Credit: Belushi’s Farm
For their greenhouse, Belushi’s farm wanted to take advantage of a lower cost solution. Since LED lights are better than HIDs at converting more energy directly into PAR photons, a plant’s bread and butter, they could save the energy that is typically wasted creating infrared radiation.

“But when you switch over, I mean, the evidence is here,” said Anaya, gesturing to the rows of towering stalks at Belushi’s Farms. “You get more light based off the same amount of power. It’s a win-win.”

Back in Michigan at Lume, Kuethe was growing frustrated with new LED technology. The lights they tested lacked the canopy penetration Kuethe had hoped to achieve. “The buds on the top of the plants, the colas on the top of the plants looked good for about six inches,” he said. Further down the plant, it was a different story. The buds were larfy, a term used to describe premature buds that never reached their full potential, usually softer, smaller, and lacking the potency and flavor that Lume had hoped to achieve. “It wasn’t a product I was comfortable about putting out on the market.”

So, when he finally got his hands on a Fohse LED, he was rightfully trepidatious. “When I got introduced to Fohse, I was already about 10 or 12 LEDs in, so I didn’t have high hopes. I just thought, ‘All right I’ll test it. If it doesn’t work in two cycles, I’m going to put it outside with the rest of them.”

Then something amazing happened.

“That was the first thing I really started to notice about the Fohse lights,” said Kuethe. “I had dense flower all the way through. It actually got light penetration to the bottom part of the canopy, for the first time ever, from an LED. So, I got my yields.”

By switching to Fohse A3i LEDs, Lume increased their yields 20.4 percent and produced 73.4 percent more light than on their previous HPS system. With the Jenny Kush strain, “Our most successful yield out of our LED room was 134.5 grams per square foot of usable material. That was a jaw dropper.” But to Kuethe, the higher yields and lower cost weren’t even the best part.

“One of the biggest standouts when working with Fohse is the immediate response times and amazing customer service. It’s truly unparalleled compared to other LED companies.”

With a free lighting plan from Fohse tailored to their growrooms, Lume was able to move from a quickly decaying HPS past and into the future of cannabis cultivation. And that future is bright.

“That was four or five years ago, and I have just been continuing to purchase them as I could get my hands on them, and fill rooms, room by room. And, we are on our way to having close to 2,500 or 3,000 Fohse lights here by the beginning of next year.”

Aside from its unprecedented canopy penetration, Kuethe credits the power ramping feature as his favorite aspect of operating the A3i. “Number one, the ability to control light intensity. That’s critical as you’re going through flower.” Purchasing a high intensity light was initially unnerving to Kuethe, as he’d hoped LED would help save Lume in costs.

“I thought, at first, these lights are 1500 watts,” he recalls. “I’m going to have to spend more money on electricity!” However, in practice, he began to notice something interesting. “The reality is, you start them off a lot lower when they go into flower. So, the percentage of power going to the lights is only about 30 percent, and you slowly increase that as you get to the end of flower.”

Through the use of power ramping, Lume was able to reduce their energy consumption by 12.6 percent. “To my surprise, we ended up using a lot less energy than you do with HID because of that ramping cycle.”

Number two on his list of favorite features? The variables of spectrums.

“With HIDs it’s just one setting. You don’t really get that luxury.” With the A3i, the ability to change the spectrum of lighting allows growers to mimic the natural light cycles outdoors. “It’s really giving your plant a lot more ability to do what it’s supposed to do and giving you a better yield in the end.”

Consistency in the Growroom 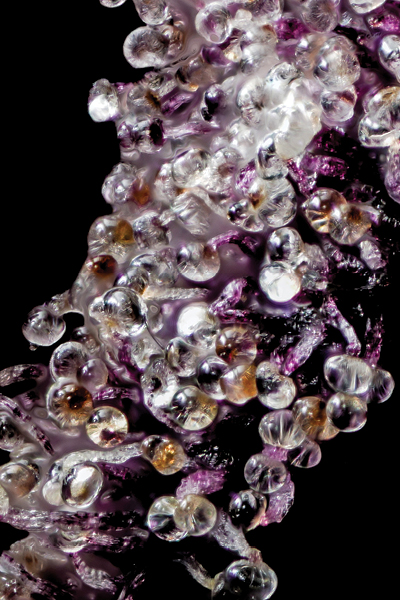 Credit: Belushi’s Farm
For Belushi, the main thing about growing is the consistency in the growroom. And with Fohse lights, he says “I have the most consistent grow I can count on.” That’s in part due to light harvesting, a feature afforded to all Fohse greenhouse lights, which measure the amount of natural light in the room and adjust the output to make up for cloud coverage or seasonal changes.

Under a fleet of Fohse O6i fixtures, Belushi’s Farm’s greenhouse is looking verdant. “With the combination of these lights, these LEDs and the sun, we get just the most beautiful cannabis.”

Anaya echoes his employer. “These plants are almost seven feet tall now, and they just get bigger and bigger.”

Overhauling their system was a big risk, and one they didn’t take lightly.

“We were concerned about it, we took the risk, we rewired, we put all these beautiful lights up, and I’ve gotta tell ya, I’ve been living with them now for months and they’re great. Fohse is great! If you’re gonna go big, go Fohse.”