The Culture of Making No Money

The Culture of Making No Money

It pays nothing, but that’s all right because charity is good.

The prevailing culture insists that money itself should be free.

The old-school notion that people earn it is a dinosaur. That practice was too stressful.

An entrepreneur is an outlier. He simply has an obsession about money. He needs help. He will be cured, or he’ll be wiped out.

Private property is an illusion. There is no such thing.

Government is the source of all money and property. This works for people as long as they believe in the Candy Man. The dispenser of goods and services.

Face it, the State has fastened on to a very viable strategy. If they control and distribute wealth, assets, money, everybody has to come to them. It’s quite simple.

All the people who believe they can’t earn money, or find it too stressful to try, need an excuse for backing away from capitalism and the free market. What do they come up with? LET’S CREATE A BETTER WORLD. LET’S END POVERTY. LET’S REDISTRIBUTE WEALTH.

An ideal. But the people operating “the better world” are predators and con artists. They’re running what looks like a charity, but it’s actually a crime syndicate.

Not only are they are slicing off a huge piece of the action for themselves; they’re also dispensing money with conditions attached. The main condition is, YOU’RE NO LONGER FREE. YOU MUST BEHAVE.

The World Economic Forum famously said, “You’ll own nothing and you’ll be happy.” And therein lies your choice. You can surrender to the State, or you can earn your own way.

Because it looks much easier to surrender, many people would, and do.

There is your PhD in economics. 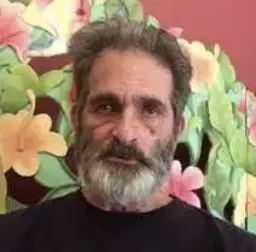 This post was originally published on December 8, 2022 5:04 pm from Randy Rowe and can viewed here: https://newagora.ca/the-culture-of-making-no-money/