The Rise of Controlled Environment Agriculture 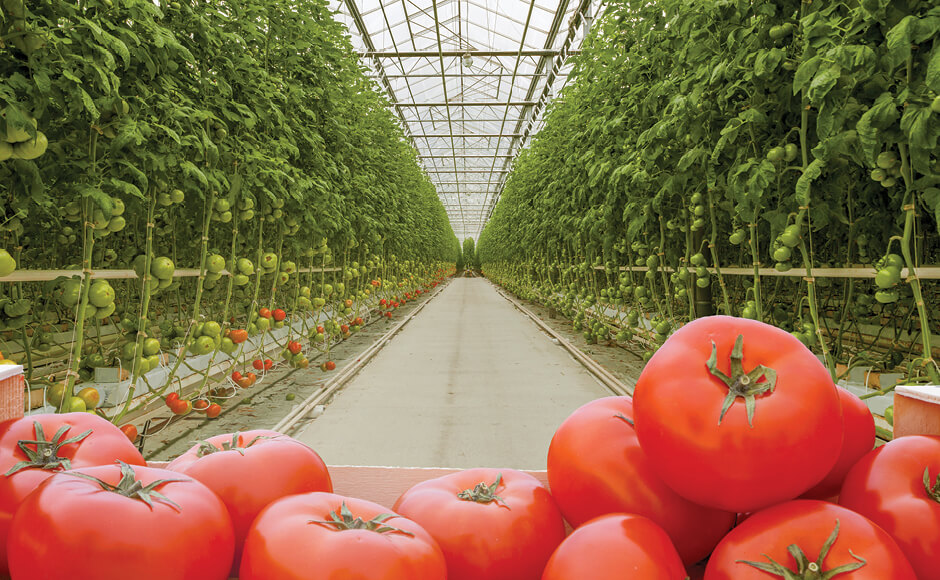 Sometimes a seed takes a long time to sprout, like in the case of controlled environment agriculture (CEA) where a combination of horticulture and engineering combine to optimize indoor crop production and quality.

Earliest indications of the benefits of the concept came from the Roman empire when Emperor Tiberius Caesar, responding to doctor’s orders that he needed to eat a cucumber a day for better health, placed movable plant beds outside during good weather and moved them indoors during inclement times. During the winter, the beds were brought indoors and covered with a frame and mica, a transparent stone.

Periodic forays in the growth of CEA were noted in the 1500s when lantern covers were placed over small acres of ground and used to grow vegetables. It wasn’t until the late 1600s that greenhouse structures using wooden frames with glass or oiled paper appeared.

Toward the mid-1900s, NASA was conducting plant growth chamber research to elevate the levels of environmental control in food crop production.

About that same time, a young horticulturist named Merle Jensen was hired at Rutgers University to create a greenhouse vegetable industry in New Jersey. An American Vegetable Grower article in November 1967 introduced his soilless system as “A New Approach to High Yields” in which he lauded a possible greenhouse tomato production of 100 ton yields per acre in only three months.

“They wanted me to grow in steamed, sterilized soil, but I balked,” says Jensen. His soilless success prompted interest around the world, including from Abu Dhabi, where he started using peat and vermiculite to grow in sand, constantly fertilizing while watering. “We were among the first in the world to grow in a different way,” he notes.

Focusing on tomatoes, Jensen proved the water efficiency and financial return of greenhouse tomatoes compared to field tomatoes. And it gets better as new research and technology improve.

“We can now move nutrition around to suit the growth time of the plant,” he says. “And we don’t throw the growing solutions away. They’re collected from the drains and recycled and any materials that are low are added and run back through the system.”

Jensen is now an Emeritus Professor at the University of Arizona’s Controlled Environment Agriculture Center (and a 2017 nominee for the World Food Prize), who has watched and worked with some of today’s biggest players. “They’re a key effort to feeding the world’s population, especially in inner cities where indoor agriculture can flourish via vertical farming,” he says. “You can do more in less space in CEA because you control the plants, their temperature needs, and their required amounts of lighting. You basically are Mother Nature, aided by artificial intelligence and robotics with machine vision that can harvest and package product.”

While Jensen reflects on industry developments from a west-coast perspective, an east-coast spokesman, Neil Mattson, coordinates efforts at Cornell University’s College of Agriculture and Life Sciences with its 25-plus years of research experience where he observes that CEA production systems are seeing increased attention by both traditional growers and entrepreneurs alike.

“The last decade on the east coast has seen a major expansion of the CEA industry with both more — and larger — projects,” he said. “Some operations are locating in or near major cities to further reduce the food miles traveled and there is a greater focus on leafy greens and new crops such as strawberries. Increasingly, a CEA grower must understand both engineering as well as horticulture, finessing an operation’s control systems to maximize crop productivity while paying attention to every plant detail.”

Several companies have paved the way that others will surely follow, blazing that trail with names like Gotham Greens, Plenty, Aero, InFarm, and others.

Gotham Greens sprang up in Brooklyn in 2009 after building the first commercial scale rooftop greenhouse facility there, one that “remains one of the most high-profile contemporary urban agriculture projects nationwide.”

Their chief greenhouse officer, Jenn Frymark, says, “we were trendsetters with no proven master plan and no one single right way to do things.”

From that beginning, expansion to other cities took place to the point where the firm now has 500,000 square feet of hydroponic greenhouses across five states with a mission of “growing greens that live in the same time zone you do.”

Gotham began a move to west in 2020, joining another innovative ag entity called Plenty, which built a 100,000 square foot vertical grow warehouse in Los Angeles County (Compton) in 2021 to join their initial facility in San Francisco.

According to a CNN report: “By building vertically, Plenty can establish farms in urban areas where land resources are limited and food insecurity is widespread without harming the environment. Plenty uses productive and Earth-friendly farming practices like vertical plant towers, LED lighting, and robots to plant, feed, and harvest crops.”

Envisioning CEA’s future, Mattson predicts “increased expansion of CEA operations with development of new crops like green beans, peas, and melons, as consumers call for high-quality perishable products. We’ll see more emphasis on a circular economy, meaning the closing of the loop on waste streams and turning them into inputs for another industry.”

As to how he sees the CEA culture of the future, industry pioneer Jensen says “the concept of controlled environment farming continues to expand, agriculturally and architecturally, and it will keep going to the moon and Mars. When we have people in space going to other planets, it will be controlled environment agriculture at its finest that feeds them on the way — and beyond.”