They all have it coming.

If any Good Citizens reading this attend Brown University, definitely don’t share this with your .edu listserve. And you should probably reconsider offering a dime to that institution.

Historians still get the details of the Spanish Flu pandemic completely wrong. They lie about Polio and its “vaccine”. The details of the cause of every war for the past century are fabrications. Every major society-altering event of this century is part fable, part government cover-up.

If you still believe conspiracy theories aren’t all rooted in facts or actual conspiracies you might as well believe in the tooth fairy and the Easter bunny and consider your own future in those Hobbesian terms ‘poor, nasty, brutish, and short.’

At present, those who control all information are rewriting history while erasing the Internet. They’ll stop at nothing to keep their false narratives on the tongue of every person to try and cover their crimes.

Now they’ve unleashed their credentialed liberal midwits to do damage control and call for a “truce”, on terms they’re fabricating, based on the past two years of abuse, neglect, harassment, discrimination, and a constant assault on human bodies that they want washed from peoples memories.

Sometimes words around here are repeated like a broken record, if only because they can never be repeated enough: The worst people in the west are in positions of power everywhere you look.

From corrupted and fully captured bureaucratic agencies to seats of government to the corporate offices of Plandemic regime communications and stenography to the embarrassingly inept taxpayer-funded ivory towers.

Lacking self-awareness, societal awareness, historical literacy, scientific literacy, and humility are just a few of the prerequisites for consideration to ascending the midwit ranks of the glorified managerial classes who view themselves as the most deserving and capable of managing (and destroying) other people’s lives.

These are our self-appointed “expert” classes. Formulated and fashioned through ivory tower daycare centers for our new dark ages as The Great Pretenders of the twenty-first century. There’s nothing they won’t do for a salary, the promise of a pension, and the warm fuzzy feeling of belonging to a cult of ignoramuses.

Ivy League appointed “Economist” Emily Oster who is teaching a course on “COVID” at Brown University this semester has called for a Pandemic Amnesty. Her poor students are paying a small fortune to sit and listen to someone who until a few months ago was playing the performative games of medical theatre and still works full-time running interference for the social engineers overseeing this assault on humanity.

By now you’ve probably seen her piece in the regime-controlled publication for gullible state-adoring midwits — The Atlantic. It’s a piece that not even the Babylon Bee or The Onion pre-2012 could get away with publishing.

Forgiveness is a powerful virtue. When sincere contrition is expressed on the accurate terms of what is to be forgiven it should always be considered and exercised.

Except there are some things in this world that are completely unforgivable.

We could probably top that list of unforgivable things with many events of the past two years, including variations of the same cullings — hospicide, iatrogenocide, injecticide, remdesicide, and experimentation on humans of toxic substances with an intended purpose we can only still speculate about that involves graphene nanoparticulate matter that alters human DNA. If it doesn’t outright kill the human subject, it functions like nanorobots assembling or performing some kind of dystopian sci-fi function while omitting Bluetooth detectible MAC address inside both living and dead human bodies.

A quick review of the requisite disregards for a Plandemic Amnesty:

☑️ Killing millions in hospitals, especially the elderly who were alone and slaughtered with Fauci-approved Remdesivir.

☑️ Killing babies in the womb with those toxic injections.

☑️ Coercing millions to be injected with this toxic shit while threatening their jobs, healthcare, and participation in society.

☑️ Closing schools, robbing children of two years of their lives, forcing masks, encouraging discrimination and harassment of those with common sense and functioning brains who saw this whole scam as just that.

The list of unforgivable crimes will remain so absolutely unforgivable barring mass trials followed by mass executions. Those who have been paying attention or have suffered from these crimes personally know exactly how unforgivable they are.

Amnesty? After declaring war on humanity decades ago? A fucking olive branch?

“Here’s an olive branch I’ll extend to you sweetheart!” (reaches into trousers and pulls out his olive branch)

And to think they’re still injecting this crap into people including infants and children?

Only an insane person or complete imbecile would fashion such a piece. Or, someone so totally corrupted by the system that allows them to destroy young minds at daycare institutions of lower indoctrination that she’s a psychopath.

The most likely explanation? Emily Oster is another clueless midwit who, even after the past two years, still trusts the state, trusts the experts (thinks herself one), trusts “the science” and still has no idea what really happened and therefore is about as qualified to teach a course on “COVID” at an Ivy League University as Bill Gates is to teach a class on morality and ethics at ADX Florence Supermax in Colorado, where he should be in solitary awaiting his execution for crimes against humanity.

Poor Emily Oster claims she fell for the little things at the start and it was like being in the dark. She didn’t know cloth masks did nothing, social distancing was pointless, and all of it was part of a psyop to dehumanize people while rendering them scared shitless so they went and got injected with the only viable aforementioned “cure”.

Emily Oster is such a devoted midwit to regime tyranny, she is capable of simultaneously virtue signaling (no shaming others) while championing the use of coercive and dehumanizing discriminatory measures to get those deadly toxins injected into as many bodies as possible who didn’t want them.

Nobody was off limits for the good Professor. She strongly endorsed feticide by the Pfizer-controlled Center For Destroying Civilization (CDC).

And just a few months ago, she ran interference for Big Pharma’s Vaccine Industrial Complex that has been killing kids for decades via the “mysterious” SIDS.

As Unbekoming covered in a Substack post just yesterday of a comprehensive study on “Vaccines” and infants, “…78.3 % of SIDS cases occurred within 7 days post-vaccination”, and “…There are 130 official ways for an infant to die, as categorized in the ICD, and one unofficial way for an infant to expire: from a fatal reaction to vaccines.”

Watch now (2 min) | The year is 2014, and I’m busy running a business that’s about to be sold. My sister had gone through an ugly divorce a few years earlier, but I’d stayed in touch with her ex-husband, my ex-brother-in-law, a good guy that also did some web marketing work for us. He had remarried and now had a 6-month little boy at home…

These people working for global tyrants are as delusional as they are clueless.

These people deserve nothing but mockery, scorn, ridicule, and contempt.

Those who championed this assault on humanity, including all the midwits of the arrogant “expert” classes should never be eligible to work anything that isn’t rudimentary manual labor for a barely liveable wage.

They should be laughed out of every interview that isn’t for hosing down outhouses or scraping gum from public sidewalks, that includes “Professor” Emily Oster.

Those who organized these crimes against humanity (we all know their names) or carried out any direct orders on their behalf as a state or corporate functionary, should all be put on trial and those few thousand near the top tier of responsibility should have one and only one path to closure after their heinous acts.

The closure of a noose around their necks.

Nothing will be forgotten.

And they all have it coming. 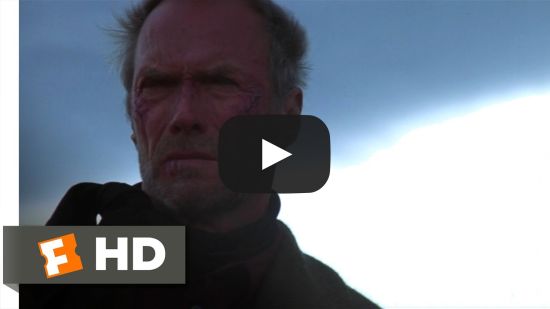 A brief review of how they faked a global pandemic from January 2020 -September 2022 (in some places it hasn’t ended) dedicated to the students at Brown University sitting through Emily Oster’s “COVID” course of bullshit and propaganda:

Watch Dr. Micheal Yeadon warn that the past three years of bioterror and tyranny were a globally coordinated event and the worst is yet to come.

Who is Dr. Michael Yeadon?

“I’ve been 41 years in life sciences and was worldwide research head and Vice President of Pfizer’s respiratory unit (1995-2011).” 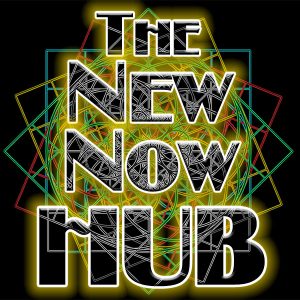 This post was originally published on November 2, 2022 3:00 am from Randy Rowe and can viewed here: https://newagora.ca/the-unforgiven/