Why Suffering can Promote Strength and Health

By Academy of Ideas

The following is a transcript of the video found at the end.

“The discipline of suffering, of great suffering – do you not know that only this discipline has created all enhancements of man so far?”

Friedrich Nietzsche, Beyond Good and Evil

Suffering is inevitable. It is an essential component of the human condition, and the sources of suffering are many. Some have gone as far as to suggest that it is suffering, and not its opposites of joy and happiness, that is the more common experience.

“Men are wretched by necessity, and determined to believe themselves wretched by accident.”

So given that we will suffer, the important question is: ‘How will we suffer?’ Will we let our suffering destroy us and drive us into a pit of despair, or will our suffering lift us to the heights of a fulfilling life? In this video, we examine the value that lies latent in the experience of suffering and make the argument that most people approach suffering in a way that is antithetical to life.

At first glance suffering appears to be one of life’s evils. It tends to arise with the misfortunes of illness, injury, failure, loss, or rejection. It is a painful experience consisting of an onslaught of negative emotions and it tends to isolate us from friends and family. What value can there be to an experience which is associated with all these negatives? What is it about suffering that could lead Nietzsche to write that “…it almost determines the order of rank how profoundly human beings can suffer…Profound suffering makes noble; it separates.” (Friedrich Nietzsche, Beyond Good and Evil)

In Iain McGilchrist’s magnum opus The Matter with Things he elucidates on the value of suffering by drawing an analogy between humans and the trees. In the late 1980s scientists involved with the Biosphere 2 project created an enclosed ecological system to explore the potential viability of supporting life on another planet, and as McGilchrist writes:

“Scientists involved in the Biosphere 2 project. . .were puzzled by the fact that trees within the project repeatedly failed to achieve maturity before they fell over. Later, they realised that trees needed wind in order to grow strong. Exposure to winds causes the growth of ‘stress wood’, which is the core of the tree’s strength and integrity. Winds also cause the root system to strengthen.”

As with a tree, if a man or woman is placed in a sheltered environment and protected from the stressors of life, he or she will grow up vulnerable and frail. Hardship, adversity, and the suffering that accompanies such experiences, are necessary for a healthy development. Nietzsche recognized this fact about trees and people long before the Biosphere 2 project, and as he wrote:

“Examine the lives of the best and most fruitful people. . .and ask yourself whether a tree that is supposed to grow to a proud height can dispense with bad weather and storms; whether misfortune and eternal resistance…do not belong among the favorable conditions without which any great growth even of virtue is scarcely possible.”

But the value of suffering goes beyond the fact that it is an inescapable by-product of the hardships that lead to personal growth. Rather there are values to suffering that are intrinsic to the experience. Firstly, suffering is a great teacher, or as Nietzsche put it: “Great suffering is the ultimate liberator of the mind. . .” Suffering can make evident errors in our ways and point to the necessity for change. Suffering is also essential for empathy – unless we suffer how can we know what others are going through in times of hardship? It is also well established that certain forms of suffering, most notably depression, increase our capacity to realistically evaluate life, or as McGilchrist explains:

“. . .depression has repeatedly been shown to be associated with greater realism – provided the depression is not too severe. . . The evidence is that this is not because insight makes you depressed, but because, up to a point, being depressed gives you insight. In understanding one’s role in bringing about a certain outcome, depressives are more ‘in touch’ with reality even than normal subjects. . .” 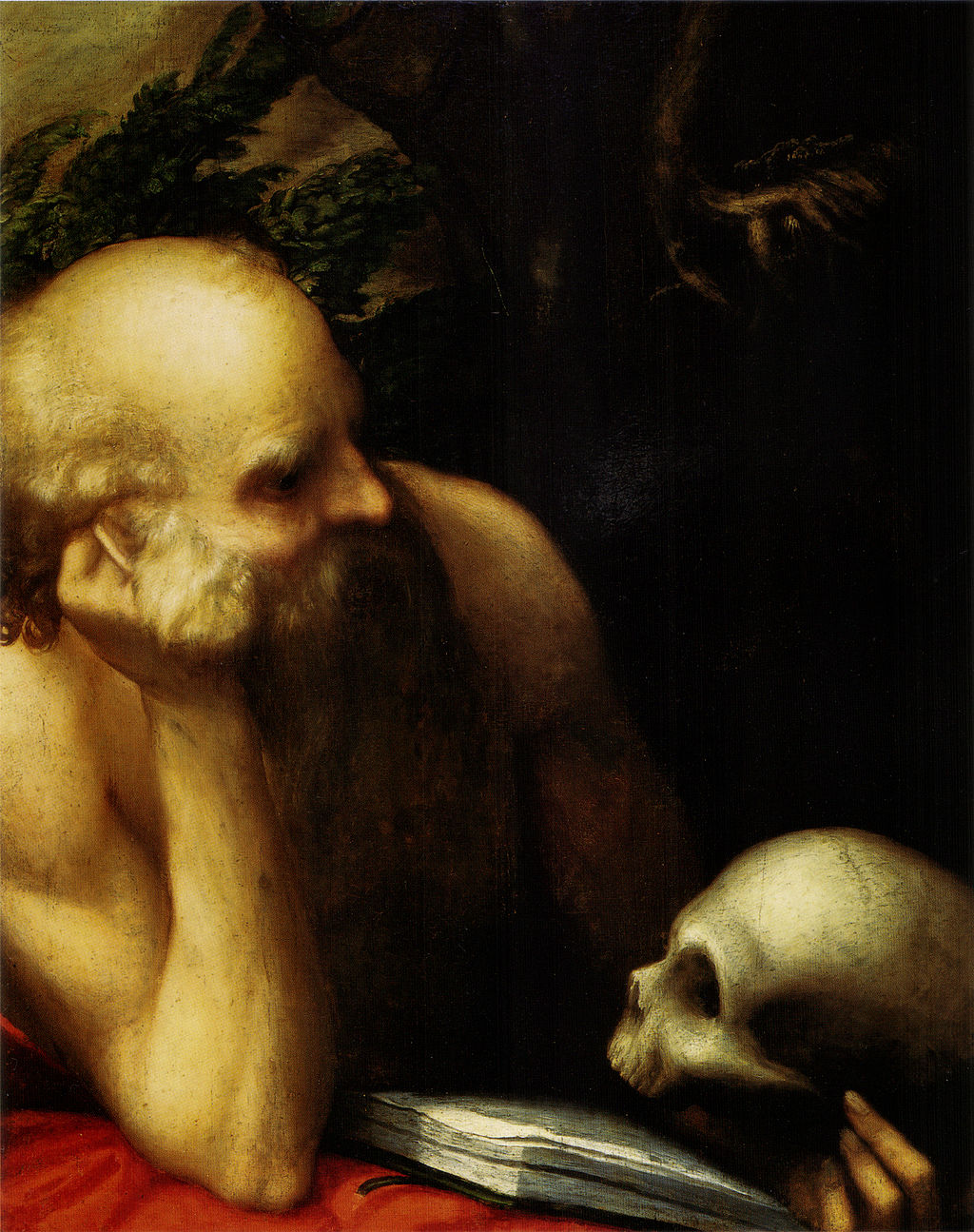 Suffering, however, does more than teach, it also increases our capacity to enjoy life. For suffering exists at one end of a dipole, or set of opposites, and on the other end lie happiness and joy. As with all pairs of opposites for one to exist, so must the other – for an individual to know joy, he or she must also know the pain of suffering and the greater our capacity for one of these types of experiences, the greater our capacity for the other. Or as Nietzsche put it:

“How little you know of human happiness, you comfortable and benevolent people, for happiness and unhappiness are sisters and evil twins that either grow up together or, as in your case, remain small together.”

And as McGilchrist explains:

“Opposites are not to be resolved by eliminating the one we happen to dislike, any more than lopping off the south end of a bar magnet gets rid of the south pole: it just shortens the magnet.”

But if many of the hardships and adversities that cause suffering promote self-development, if suffering leads to greater realism and self-knowledge, and if it is needed to fully experience joy and happiness, then why are so many people made worse off by their suffering? Why, in other words, does suffering drive so many of us into states of chronic depression, resentment, pessimism, nihilism and despair?

Simply put, we have become too spoiled by the fruits of modern civilization and as a result most people are not practiced in the art of suffering. With easy access to the necessities of survival, surrounded by sources of pleasure and comfort, and with sickness and death hidden away in hospitals and morgues – we are shielded from the physical and psychic suffering that was the norm of ages past. Our minds and bodies have grown soft and unprepared to deal with the sufferings of life:

“…the refinement and alleviation of existence make even the inevitable mosquito bites of the soul and body seem much too bloody and malignant.”

The comforts of modern civilization have magnified our sensitivity to pain and suffering to the point where many consider the mere “thought of pain” a “reproach against the whole of existence.” (Nietzsche) Or as Nietzsche continued:

“…pain…did not hurt as much then as it does now…pain is now hated much more than was the case for earlier humans, one speaks much worse of it.”

Nietzsche, On the Genealogy of Morality

As a result of our pathological oversensitivity, when suffering does arise, many of us flee from it. We turn to drugs, alcohol, or the alluring glow of screens to distract ourselves. Should these techniques fail, psychotropic drugs can always numb us to our pains. But in always trying to escape, deny, or mask our suffering, we fail to harvest its value. For suffering’s value comes only to those who are willing to endure it and to prepared face it head on. And as Nietzsche wrote:

“If you are unwilling to endure your own suffering even for an hour, and continually forestall all possible misfortune, if you regard suffering and pain generally as evil, as detestable, as deserving of annihilation, and as blots on existence, well, you have then…in your heart…the religion of smug ease.”

But with that said suffering is not a state we want to wallow in unnecessarily. Chronic suffering is pathological and will wreak havoc on our body and mind. Instead of remaining mired in our suffering, once we have learnt from it, suffering’s proper role, as one end of a dipole, is to create a tension that impels us forward into development and growth:

“It is the tension between the warring ends of the bow that gives the arrow the power to fly, as it is the tension in the strings of the lyre that gives rise to melody: this is what [is] meant by [the] saying ‘war is the father of all things’.”

Some may wonder whether what has been discussed so far applies to great suffering: To the suffering that arises from a tragic bereavement, a chronic illness, facing up to death, flirting with madness or being cast into personal ruin. Nietzsche, is one who experienced suffering of this magnitude and he affirmed that it too, has great value.

“At every age of my life, suffering, monstrous suffering, was my lot.”

Friedrich Nietzsche, Quoted in Struggle with the Daemon 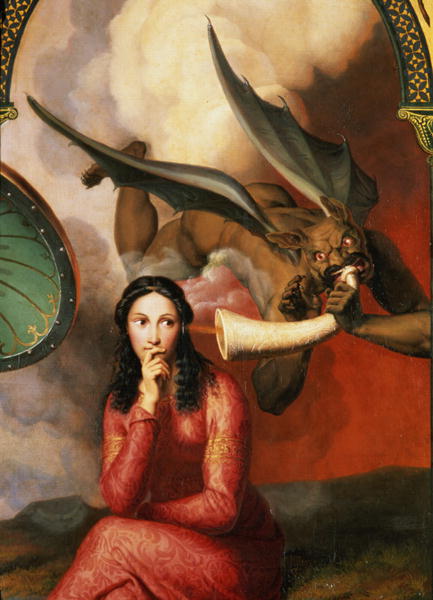 “Every two or three weeks I spend about thirty-six hours in bed, in real torment…this winter is the worst there has been…It is such a strain getting through the day that, by evening, there is no pleasure left in life and I really am surprised how difficult living is. It does not seem to be worth it, all this torment…”

But the same man who wrote these words also claimed that it was his suffering that propelled him to great heights. His suffering helped him attain greatness as a philosopher and his suffering allowed him to reach, in his words, “heights of the soul from which even tragedy [ceased] to look tragic.” If, therefore, we are beset by great suffering, we can turn to people like Nietzsche for inspiration. For Nietzsche was a living testament to the fact that with courage and the right mindset it is possible to endure the worst of life’s hells, and to emerge with more depth of character, greater wisdom, and an enhanced capacity for joy:

“…to speak mystically, the path to one’s own heaven always leads through the voluptuousness of one’s own hell.”

Or as he wrote elsewhere in the same book:

“. . .from such abysses [of suffering] one returns newborn, having shed one’s skin…with a more delicate taste for joy, with a tenderer tongue for all good things, with merrier senses…more childlike and yet a hundred times subtler than one has ever been before. 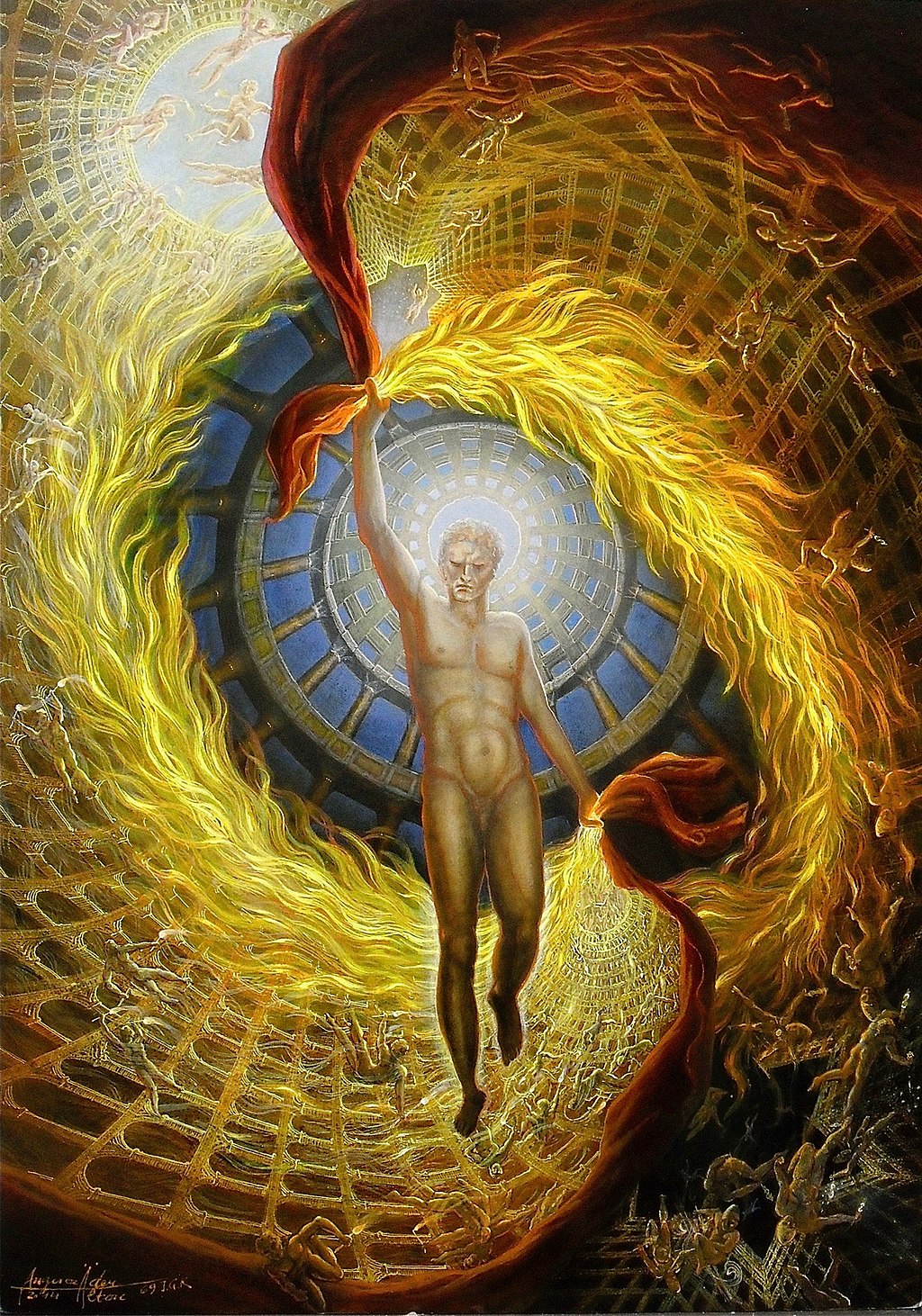 Academy of Ideas is the creation of two brothers from Canada. All of the content is produced by us. We are not supported by or affiliated with any organization or university. Our goal is to to spread the message of individual liberty and empowerment to the world.

Become a Supporting Member and gain access to our growing library of Membership videos (currently 40+ videos)! Learn more by following the link below:

This post was originally published on June 15, 2022 4:20 am from Randy Rowe and can viewed here: https://newagora.ca/why-suffering-can-promote-strength-and-health/