“Illuminati want my mind, soul and my body.” ~Prodigy

You really have to wonder if the accountants and marketing teams of the entertainment industrial complex have actually signed a deal with the devil, or if they’ve just realized how exceptionally profitable it is to use Illuminati and occult symbolism as a marketing device.

References to the Illuminati in pop music go back to at least 1995, when Prodigy of Mobb Deep rapped about the dark ones in a remix of LL Cool J’s, I Shot Ya.

“Illuminati want my mind, soul and my body. Secret Society trying to keep their eye on me. But I’ma stay incogni’ in places they can’t find me. Make my moves strategically.” ~Prodigy

At this time, references to the Illuminati in pop culture were scant, but the influences of secret societies and the occult on American culture extend all the way back to the founding of this nation. Many of the symbols we see everywhere today are from antiquity, many having dual meanings.

Prodigy was talking about the true spirit of rebellion, which is, using knowledge to master the self. As he put it in an interview, “Secrets are put into the craft of the teacher. The teacher does not blatantly tell you, this is the truth.” He is referring the use of symbols to convey messages to those who are ready to receive said messages.

This is all backwards now. Fast forward to today, and the symbols, imagery, and deities of the occult are ubiquitous, and overtly Satanic content is everywhere now. Even Taco Bell and the Denver International Airport riff on the Illuminati to get your attention.

Like, for example, this video by Panic! at the Disco where a child is tortured in some obviously wanna-be satanic ritual:

And this is what it’s all about. It’s about attention.

Attention is the currency of the information age, and to have someone’s attention is to have influence over them. 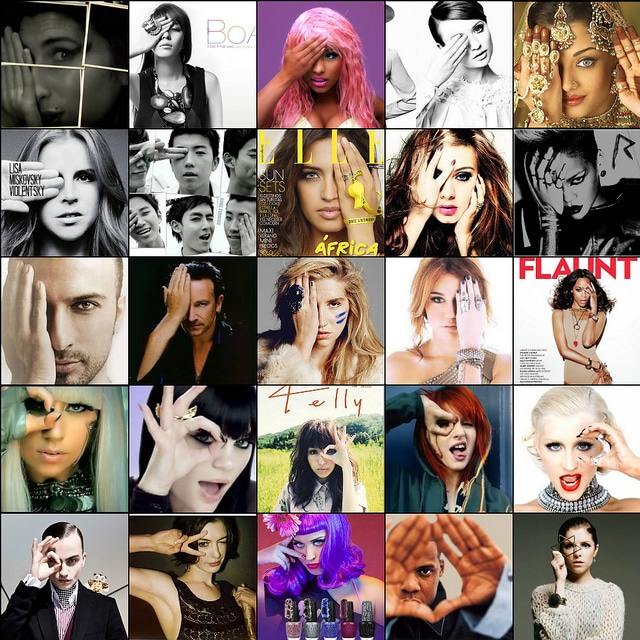 There are literally thousands of images like these online, from magazines, album covers, ads, everything. Even the smaller, independent ad agencies are using these themes, and they wouldn’t do so unless it worked and they saw a financial return for it. It has become a legitimate meme. 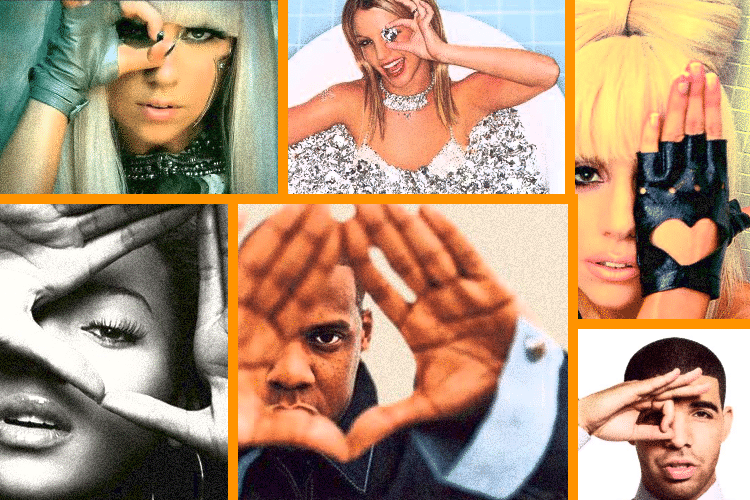 Some of your favorite stars doing their favorite one-eye photo shoot thing. What’s the message here?

Occult symbolism is so effective as a marketing ploy because it appeals directly to the darkest regions of the psyche. Those deep parts of the human mind that live in a never-ending violence fantasy. Sex sells, but death sells better.

Take, for example, Eminem’s recent video, Framed, keeping in mind that Eminem is the highest-selling rap act of all time. He’s well-known for drug addiction, threatening to kill his wife, misogynistic lyrics, and for endorsing violence against women in general. Yet he’s a darling and a hero to the political left, for some reason.

In the Framed video, he is a mind-controlled serial killer, murdering people and dismembering them, and all the while the local news media is giving him free press. It’s really quite messed up. Here’s a still from the video: 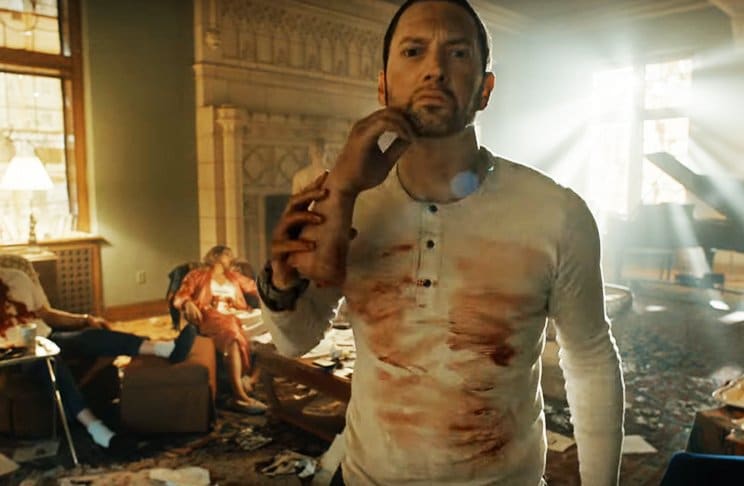 Eminem is cool because he fantasizes about murdering people and dismembering them. He’s the best!

But something else is going on here also. The entertainment industry is populated with sexual predators, pedophiles and worse, often at the highest levels. Their culture is the culture you see on the screen and on the magazine covers. And if your attention is on their culture, then you’ll become like them.

Which is why so many young rappers love to boast about eating mounds of xanax and opioids and not giving a fuck about anything, even life itself. They’re doing what they have to do to get your attention. And if they overdose and die along the way, well, newer, more like them ready to take their place. Pop stars are expendable tools. 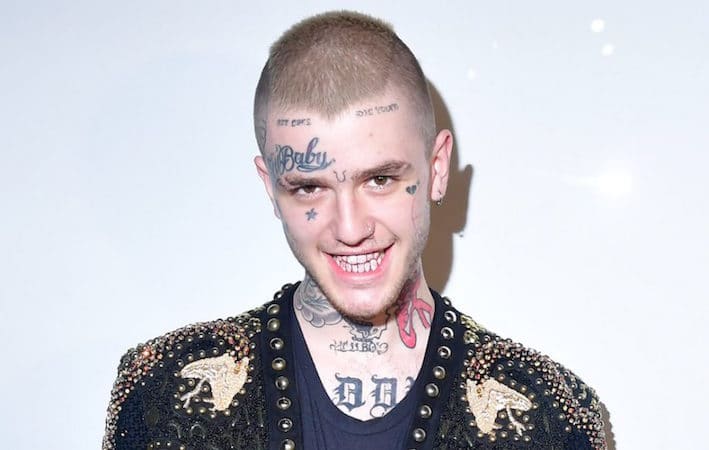 Rapper Lil Peep is cool because he died of an overdose on pharmaceuticals.

For music and art to truly be revolutionary, it has to buck the zeitgeist, to but so much of pop culture today does nothing more than glorify the culture of death. This is a spiritual war for the souls of the youth. If you want to rebel against the system, you’ll have to first purge this garbage from your psyche.

Buck Rogers is the earth-bound incarnation of that familiar part of our timeless cosmic selves, the rebel within. He is a surfer of ideals and meditates often on the promise of happiness in a world battered by the angry seas of human thoughtlessness. He is a staff writer for WakingTimes.com.

This article (Why the Entertainment Industry Loves to Use Illuminati and Occult Symbolism to Sell) was originally created and published by Waking Times and is published here under a Creative Commons license with attribution to Buck Rogers and WakingTimes.com. It may be re-posted freely with proper attribution, author bio, and this copyright statement.

This post was originally published on April 29, 2022 6:00 am from Randy Rowe and can viewed here: https://newagora.ca/why-the-entertainment-industry-loves-to-use-illuminati-and-occult-symbolism-to-sell/