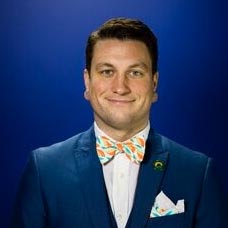 Alex Cooley is the co-founder of the first brand in the first legal adult use cannabis state, Solstice. A cannabis production/processing company based in Seattle has led to many firsts and many opportunities to shape the industry locally and globally. Through his diligent efforts, Solstice created the first ever fully permitted cannabis production facility in Washington State and has developed multiple sites since then. From inception, Solstice’s goal has been to cultivate the highest quality, most beneficial varieties, including the award winning, CBD-rich Sour Tsunami #3. All done through industry leading best practices.

Acting locally, he has helped to shape multiple City of Seattle ordinances and author the “collective garden model” of safe, legal access for medical cannabis patients. Standing on these successes Alex and Solstice have been very active at the state level and were key resources to the WA Liquor and Cannabis Board to develop the rules for the implementation of I-502, Washington’s cannabis legalization. In addition to working with multiple state agencies Alex has worked with the Washington State Legislature to craft better laws for patients and adult use consumers.

In recent years Alex has been crisscrossing our country speaking at industry events helping to guide the industry in a positive direction, being an expert witness for cultivation trials and works with the US Congress to reform federal policy. Recently Alex has worked to shape international policy at the UN General Assembly Special Session on Global Drug Policy. In addition to this he has worked to create more comprehensive code and rules that meet producers where they are; advising many governmental departments from the Seattle DPD to the Washington State Building Code Council.

Throughout all of this action Alex has never lost touch with his passion for the plant and recently celebrated 12 years of cultivating the plant. He also maintains his day job at Solstice, acting as the Vice President helping to manage the day-to-day operations, craft the long-term vision and maintain the same mission that the company was founded on 7 years ago.