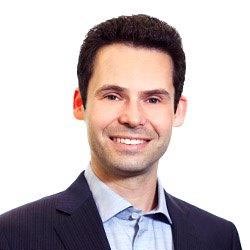 Chad Finkelstein is a partner at Dale & Lessmann LLP, and founder and chair of the firm’s franchise practice group and cannabis practice group. He is a transactional lawyer and a registered trademark agent, and practises in the areas of corporate law, M&A, franchise law, intellectual property law, cannabis law, information technology law, advertising/marketing law and gaming law. In 2018, he was selected as a winner of Lexpert’s Rising Stars award, recognizing Canada’s leading lawyers under 40 years old. He has been recognized by his peers as a ranked lawyer in such publications as Lexpert, Who’s Who Legal: Canada, Chambers Canada, The Best Lawyers in Canada and Franchise Times. He contributes regular columns on business, cannabis, franchising and branding legal issues to the National Post and The Globe & Mail, and has been an interview subject on these issues in the Globe and Mail, National Post, the Canadian Press, and on CTV, CBC, BNN, CityTV, CH News and numerous radio news programs. He is also a guest lecturer at the University of Toronto.