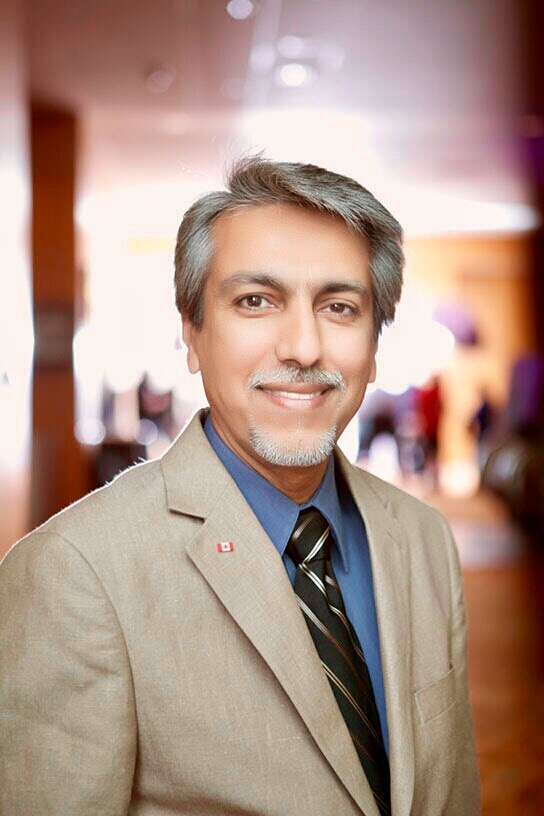 Dr. Khoja is a visionary Life Science Impresario and a strong advocate for Psychedelic Medicine with over 21 years in the field of Molecular Drug Discovery.

He’s been vocal at the forefront of innovation in the life sciences. His expertise in science and policy domains has led him to a distinguished career in scientific research and business development for Mental Health, Nutraceutical, and Psychedelic industries. He linked scientific talent and capital, to integrate existing technologies together in a new and productive ways.

Some of his notable nutraceutical drug development impacts include extracting lipids from algae to create Beta-Carotene as an antioxidant. His research includes in designing a combinational drug therapy, where he used cannabinoids in combination with capsaicin compounds as a novel treatment for (NAFLD) Non-Alcoholic fatty liver disease common in obese individuals and have successfully collaborated on a research project co-funded by the National Research Council of Canada on the extraction and purification, of Chaga Mushrooms for nutraceutical purpose.

He led scientific research on extraction and purification of a large subunit, of a oxygen-carrying Hemocyanin protein to be use as an adjuvant that enhances the immune system to response the presence of a cancer from a “Keyhole Limpet Hemocyanin (KLH)” for a cancer drug development.

Dr. Khoja is also a serial entrepreneur and have Co-Founded InMed Pharmaceuticals in 2014, where he directed Botanical Drug Research and Development for the pre-clinical stage novel therapies into the extensive pharmacological application for Glaucoma and for the treatment of epidermolysis bullosa.

Earlier in 2010, he Founded ‘LeoFric Consultants, Inc.’ which helped design highly targeted knowledge-based solutions to address the global client’s challenges. In the recent past, he has managed the initiations, operations, and contributed towards developing several projects of Biofuels, Technology transfer, pharmaceutical industry and focusing on Natural Health Products.

At present, he serves as a CSO for Serenus Global Inc., within the emerging sector of medicinal psychedelics and sits as a Scientific Advisor to PSYC Corporation., (“PSYC”) focusing on resources for Psychedelics Medicine and an independent director for Beyond Medical Technologies, developing telehealth solutions.

In 2014, he founded Transcendent Therapeutics, Inc., where he is spearheading novel research on “Comatose” and since been exploring for salubrious therapeutics to enhance treatments for Coma patients and looking into the association of neurotransmitters to the brain receptors for the validation of psychotropic compounds and advocating the need and efficacy of these target molecules to study Coma Resurrection Therapy.

Dr. Khoja received his doctorate in 2003 with honors in “Molecular Biology and Genetic Engineering” from a French Ivy league: INP-ENSAT and had his post-doctoral training from the Michigan State University a US land grant university. Soon after, he was appointed as a Research Faculty for Virginia-Tech, University of Wyoming & Texas-Tech University-Health Science Center, respectively. A prolific author, Dr. Khoja published numerous articles on health & life Science research. In 2011, his work on “Algae to Biofuels” was honored by FAO-United Nations.