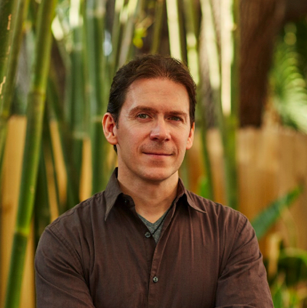 Dr. Gerdeman is a neuroscientist and educator with expertise in the physiological actions of cannabis and the endocannabinoid system (ECS). His Ph.D. dissertation in Pharmacology from Vanderbilt University was one of the first studies to discover endocannabinoids acting as “retrograde messengers” that regulate synaptic plasticity in the brain, findings that have become a foundation to modern understanding of the ECS and the neuroprotective actions of cannabis. Greg’s research has been widely cited in the scientific literature, and highlighted in such diverse publications as Science, National Geographic, Men’s Health, and The New York Times. He has been a member of the International Cannabinoid Research Society (ICRS) since 1999, and has received research funding through grants from the National Institute on Drug Abuse (NIDA) and the National Science Foundation (NSF). His scholarly research has spanned topics ranging from synaptic physiology of the ECS; behavioral pharmacology of CB1 receptors and their regulation of habitual memories; the physiological activation of ECS signaling in exercise; and the evolutionary & comparative biology of cannabinoid receptors through studies on invertebrate marine chordates.

Through deep study of the science of cannabis Dr. Gerdeman became a vocal advocate for reclaiming this plant as a safe and effective natural remedy. Over the last 10 years, he has progressively studied the chemical ecology and genetics of cannabis, and the extraction of cannabis biomolecules to create medicinal formulations. In 2017 he resigned a tenured faculty position as professor of biology at Eckerd College (St Petersburg, FL) to become Chief Scientific Officer for 3 Boys Farm: a rainwater harvesting, solar powered, low carbon footprint, USDA certified organic produce farm that is newly licensed to cultivate cannabis in the state of Florida.