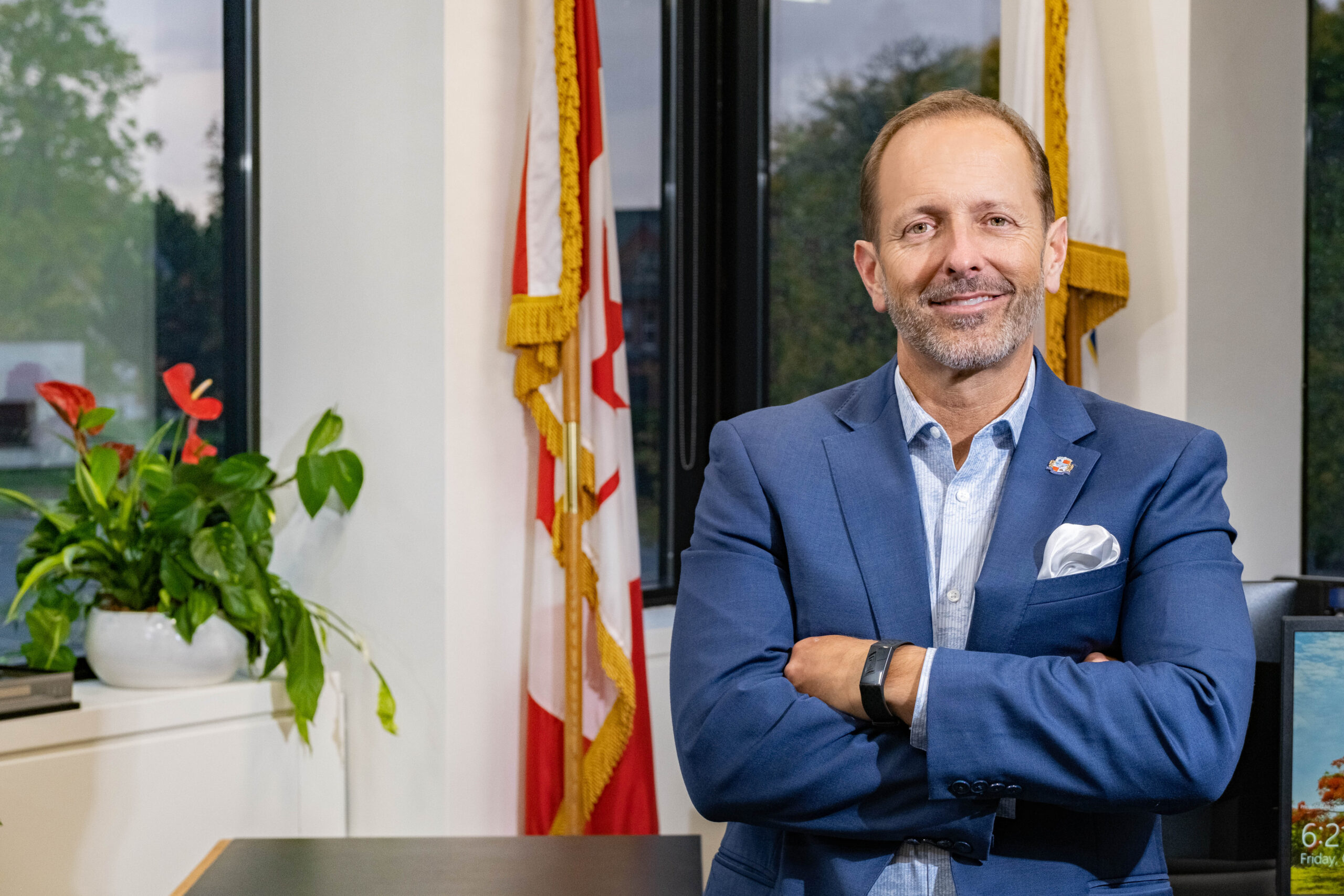 Mayor Jim Diodati won his seat as Mayor of Niagara Falls for the 3rd consecutive time in 2018.  The 3rd term is often considered the most challenging race of an elected official’s career.  This could not have been more true for Mayor Jim, but not in the way one might expect.  Just months before the election, Mayor Jim was diagnosed with Hodgkins Lymphoma and underwent extensive chemotherapy over the course of that year and right thorugh the election.  Jim’s team took over and did everythinhg Jim couldn’t.

He attributes his successful run to his dedicated supporters, family & friends, the overwhleming support of the community and a strong track record of past acheievements.  Jim has been known to carve a path where there wasn’t one before.  He believed so strongly in things like GO Train coming to Niagara Falls, building a new South Niagara Hospital and putting a University Hub in downtown Niagara Falls, that he just kept leading the way, bringing people together and committing to making things happen until they became a reality.  Mayor Jim brings an entrepreneurial approach to public service with his innovative style.  He has been called unorthodox and is reinventing what it is to be a mayor.  His unparalleled zest for life is no more evident than when in the company of his family.  He has 3 children – Olivia, Mya and Jimmy.