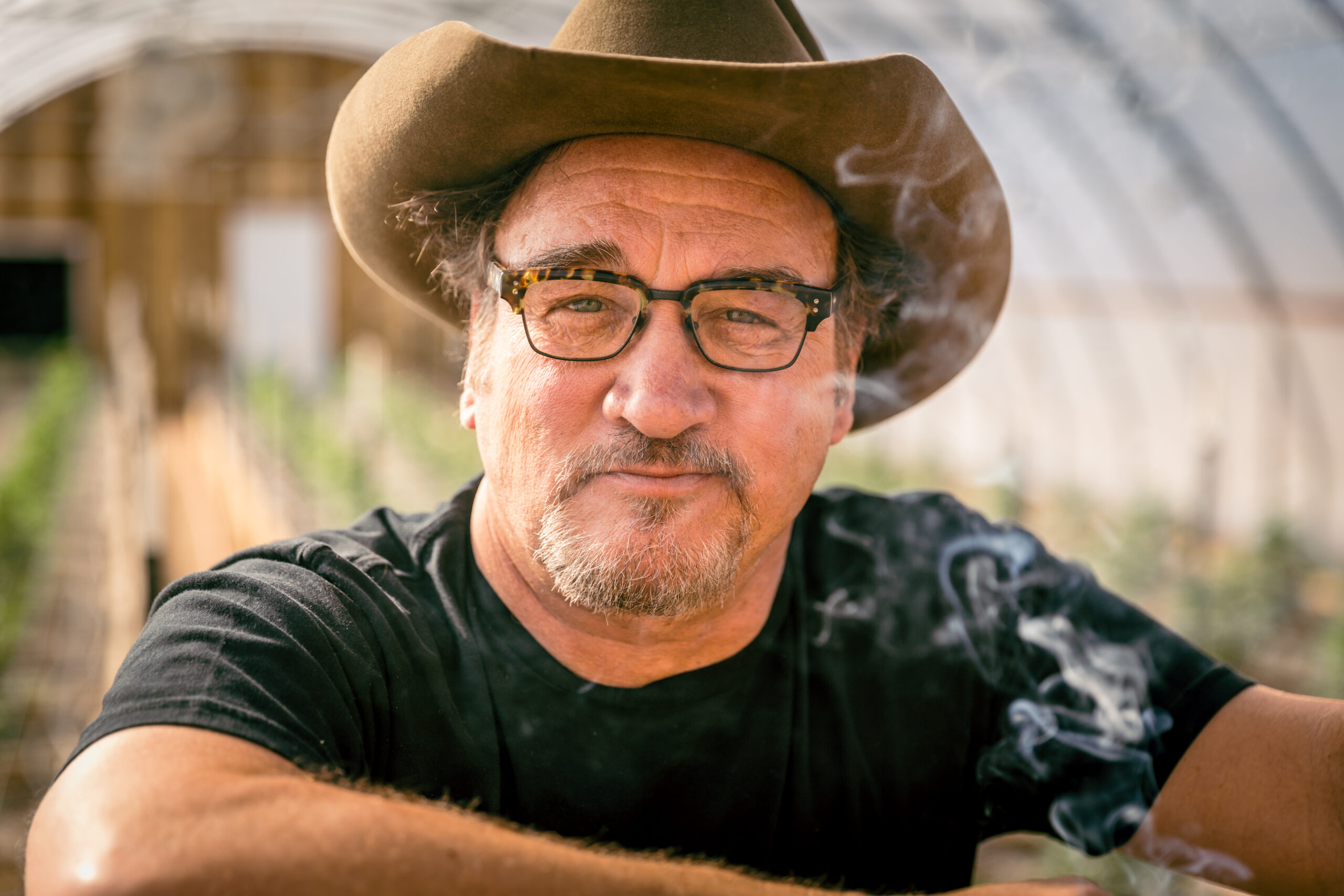 Jim Belushi is the founder of Belushi’s Farm cannabis, where his sprawling and spiritual 93 acres along the Rogue River plays home to a range of offerings— Chasing Magic (Jim’s Secret Stash), to The Blues Brothers, to Captain Jack’s Gulzar Afghanica, a rare strain from the Hindu Kush region that became known in the ‘70s as “The Smell of SNL,”  and now GROWING BELUSHI, a series on Discovery. GROWING BELUSHI takes Discovery’s audiences inside Jim’s world and shows the incredible effort it takes to build a legal cannabis operation. Having suffered the loss of his brother John to an overdose and his own journey, learning and healing through cultivating cannabis, Jim’s a passionate proponent of the plant’s beneficial properties across a spectrum of uses. From enhancing joy and quality of life, mitigating trauma and managing pain, to a harm reduction approach and rebuttal of the opioid abuse epidemic, Jim advocates for patient rights and adult-use legalization while empowering craft farmers to thrive in economies of scale.

A seasoned Second City and Saturday Night Live alumni, Jim’s starred in a selection of critically acclaimed movies ranging from Trading Places to Wonder Wheel, working with famed directors like Oliver Stone, Roman Polanski, David Lynch and Michael Mann. He’s also served as an executive producer, music composer, director, book author, and Broadway star. His own television show, According to Jim, aired for 182 episodes during eight seasons with the family favorite launching into off-net syndication. Along with Larry Joe Campbell and other talented Second City alum, Jim Belushi and the Board of Comedy perform improv sketch comedy at colleges, clubs, performing arts centers and venues nationwide. And, together with Dan Aykroyd, Jim tours the globe as Brother Zee of the iconic Blues Brothers. Additionally, Jim headlines his own music group The Sacred Hearts, which is the official house band for the House of Blues brand of venues.

With 42 years in the public eye and Jim’s professional career further inspired by the beauty and healing power of cannabis, Jim is actively engaged in several projects benefiting the region around Belushi’s Farm and beyond. In Medford, Jim is helping reconstruct the historic Holly Theater to bring the 1930s Spanish Colonial movie palace back to life as Southern Oregon’s largest indoor concert venue. In Eagle Point, Jim is assisting with the reconstruction of The Butte Creek Mill, destroyed in a 2016 electrical fire, to preserve its heritage, build community, and improve the environment. And where Jim looks to have the most profound impact, he’s working vigorously with scientists and the Oregon Liquor and Cannabis Commission and Portland City Council to create an opioid trade program where Veterans, the infirmed, downtrodden and addicted can have a place for healing for low to no cost. Additionally, Jim’s on the board of the Last Prisoner Project, a coalition of cannabis industry leaders, executives and artists dedicated to bringing restorative justice to the cannabis industry.

In the words of Dan Aykroyd, “if John had been a pothead, he’d still be alive today.”