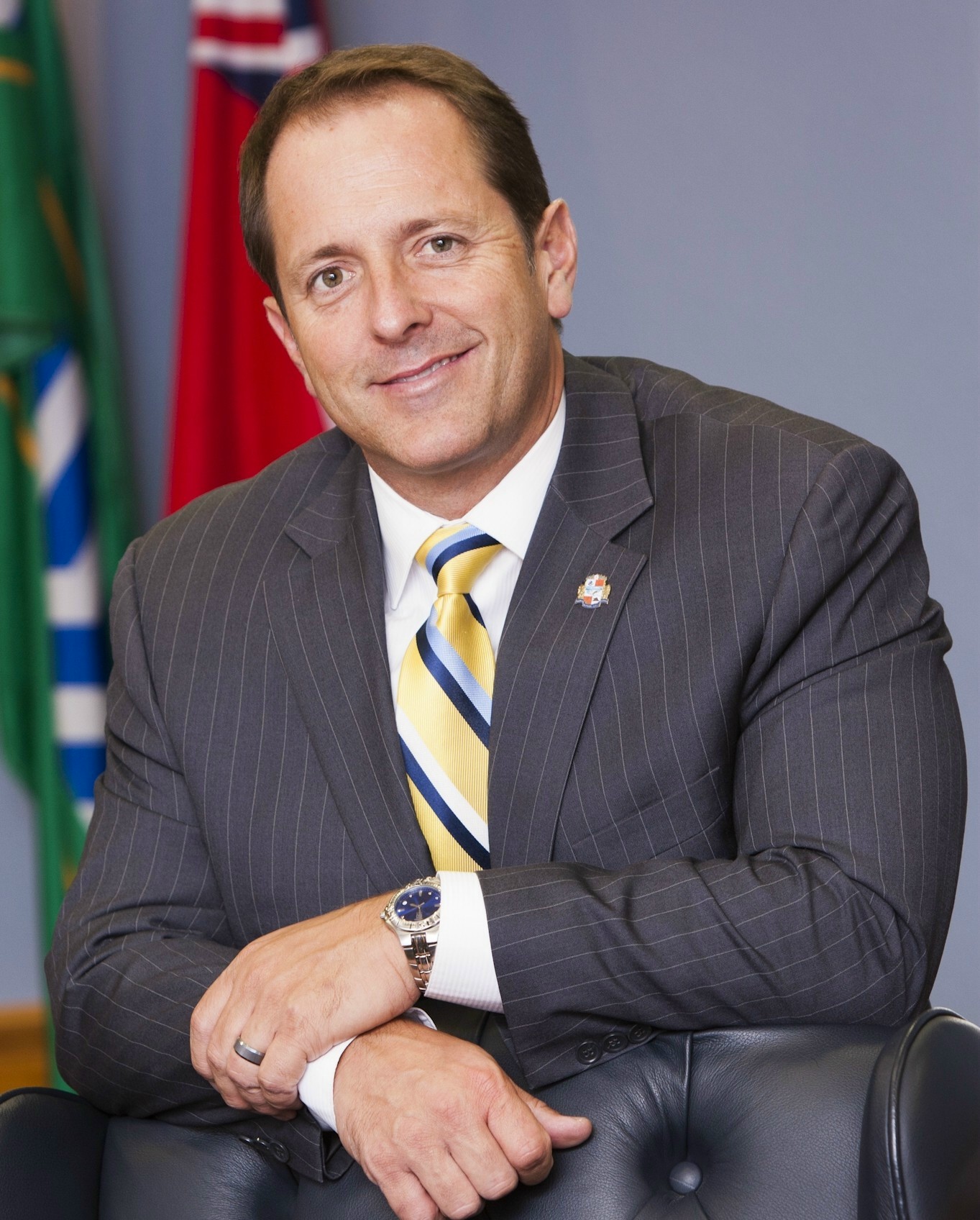 Mayor Jim Diodati won his seat as Mayor of Niagara Falls for the third consecutive time in 2018. When an elected official wins their third term, it is sometimes regarded as a considerable feat, as it is often noted as the most challenging race of their career. Mayor Jim’s 3rd term win was a challenge of epic proportions, but not in the
same way most would expect. After first being elected mayor in 2010, beating out the incumbent, Mayor Jim proved he was doing something right when he was re-elected with a whopping 84% of the vote in 2014 his second time around. But that type of major community support didn’t make his 3rd run any easier. Months before the election in 2018, Mayor Jim was diagnosed with Hodgkins Lymphoma and underwent extensive chemotherapy over the course of that year— including right through the election. Unable to fully campaign, his team took over and did everything Jim couldn’t. Jim made only very few appearances, often with no hair, a weak voice, limited energy and was unable to shake people’s hands to protect his healing immune system. A vote for Mayor Jim was a vote of faith— for a strong and healthy future for Mayor Jim and for our City. Once again, people came out with incredible support, allowing him to handily win his seat as mayor.
Mayor Diodati has never taken the idea of teamwork lightly, but more than ever, he appreciates the sheer magic of a strong, dedicated team, along with prayer, support and a positive outlook— even in the darkest days. He has come
back since receiving a clean bill of health, more active and engaged than ever. He is focused on seeing some major
projects in Niagara Falls to fruition: year-round daily GO Train service, a new South Niagara Hospital for residents,
a cultural market hub and many more. He is more focused on living well, feeling well and sharing vitality, enthusiasm
with those around him, but one thing hasn’t changed— he remains the City of Niagara Falls’ biggest fan!