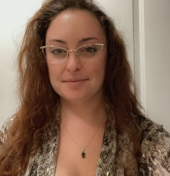 Julie has been an avid grower for a decade now.

Her many years of hard work, long hours, sacrifice, and deep love for her craft has allowed her to successfully move up the ladder in the grower world.

She started her career in growing in 2007 well attending Niagara College’s Greenhouse program where she graduated with her diploma in 2009 and continued her experience while working in landscape for 2 years. She then obtaining a laborer position in a 2-acer greenhouse located in Cainsville ON.

She quickly rose in ranks to become a grower there and in 2013, decided to pursue her goals to lead in a larger scale greenhouse and become one of three section growers for a 17-acer greenhouse in Jordan Station named One Floral.

During her time there she grew a variety of different floriculture crops all year round and conducted many Hydrangea trials working with breeders out of Portugal.

At the end of 2018 she decided to bring her commercial greenhouse operation skills and passion for growing into the cannabis industry where she proudly took on the position of Master Grower for Thrive Cannabis located in Jarvis ON.

Julie successfully manages the cultivation/production department where they produce Greybeards Afghani Drifter and oversees cultivation at a partner LP in Simcoe. She also consults in Thrives outdoor cultivation.

She has taken part in many big projects with the company including successfully shipping 4000 unrooted cuttings to Israel and has now completed a successful second round.

Her love for cannabis and her passion for growing pushes her to continuously learn and reach new goals within the industry.

She is a dedicated team player and a leader that inspires those around her to succeed.