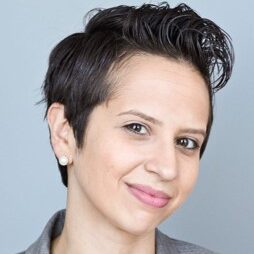 Melissa has more than a decade of experience serving as a strategic communications leader in high-profile positions across the most senior ranks of the federal government, political campaigns across Canada and in the private sector. With a diverse background spanning Finance, Trade, Foreign Affairs and the Environment, Melissa has a proven track record developing successful public affairs and communications engagement campaigns as well as effective issues management strategies. A seasoned communicator, Melissa brings focused experience in problem solving and strategy development for public affairs & stakeholder engagement campaigns as well as reputation, issues management and crisis communications.

Prior to joining H+K, Melissa was head of Premier Doug Ford’s 2018 Campaign Warroom and served as chief spokesperson for the campaign. Prior to that she served as Caroline Mulroney’s Leadership Campaign Director. Melissa has also held senior roles in the 2008, 2011 and 2015 federal Conservative Party of Canada campaign warrooms. From 2007 to 2015, Melissa served as Director of Communications for Canada’s Ministers of Finance, Foreign Affairs, Trade and Environment. She provided strategic communications advice, speech-writing and media relations support to Ministers in an intense and highly scrutinized media environments. Melissa also brings private sector experience in financial communications having worked as a Senior Director at CIBC World Markets. Melissa has provided media-training, debate prep and speech coaching to both political leaders and C-Suite executives. She is also frequent media commentator on the topic of Canadian politics.