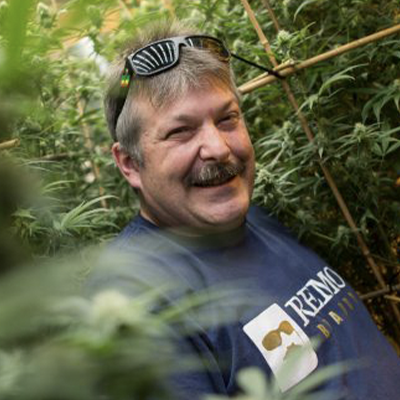 Remo has been growing Cannabis since 1988 and has been legally growing since 2001 as a patient. In 2003 he began making a series of educational Grow videos. 2006 he began his first YouTube channel. It was wildly successful and very edgy for the time. In 2010 he started his next channel with a different focus in the industry. He was tired of cannabis people being shown in a negative light as was the media’s narrative at the time. His growing skills helped him collect more than 40 awards internationally, fund raised along with others from the MMAR coalition, and testified for the very successful Allard constitutional challenge to allow patients to continue growing concluding in 2016. Working with his family he started Remo Brands Inc. Remo Nutrients is a multi award-winning brand with many growers using his nutrients. Remo Brands has been very successful in entering existing and emerging markets and we hope to continue to do so.